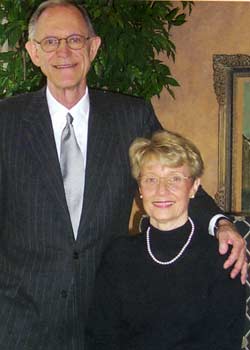 (From the February 2006 Austin College Magazine)

As a boy growing up in Detroit, Lee Posey had some major strikes against him: no father, a single mother on welfare, no interest in school. Then Presbyterian minister Leslie Crane stopped the 14-year-old Posey as he rode his bicycle through the church’s parking lot during school hours. “Well, he turned me around,” said Posey, 71, the retired founder and president of Palm Harbor Homes, the Dallas-based leader in the pre-manufactured home market. Posey is a believer in service to others and leadership based on moral values. Along with his wife, Sally, Posey gave $5 million to secure the future of Austin College’s Leadership Institute, which now bears the Posey name. “One of the key things I sensed about the Leadership Institute is that it focused on the old concept of servant leadership,” Posey said, “that a person dedicated to service can really have an impact on a community.”

Lee Posey’s life of service to others and his successful career as a servant leader provide a model example for students of leadership. Austin College Magazine caught up with Posey in November to discuss leadership, education, and the lessons of experience.

Where did you learn most of your lessons on leadership?

Lee Posey: My very first experience came from being involved in student government at Alma College. Shortly after that, I took a part-time job with a company called Redman Industries and it became a full-time career. That is where I learned a great deal about what works and what does not work in the business world.

ACM: So your leadership training was on the job.

ACM: What has been the key to your success as a business leader, both with Redman Industries and in starting Palm Harbor Homes? 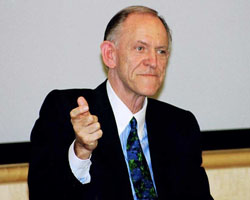 Posey: The leader really needs to have passion and compassion and has to focus on what he or she wants to accomplish, and of course the ability to communicate all that. The key beyond compassion is really working hard to attract very, very, very good people. Most people in leadership roles in companies don’t work hard enough recruiting really talented people. That is important to me. There is no question in my mind that the success that we’ve had at both Redman and at Palm Harbor Homes is due to finding really talented people and then making sure to invest in continual training, year after year, so that there is no end to that training. That is one of the things that distinguish us as a company — we do a pretty good job of appreciating the people that come to work with us.

The reality is that, when they do surveys on people and why they work where they work, money is never number one; it is always number three. The first thing people want is to feel that what they are doing is appreciated. The second thing they want is to feel that they know what is going on, that they have a real sense of why we are doing what we are doing. The third thing is money. That is what survey after survey after survey says. To create a successful organization like Austin College or Palm Harbor Homes, leaders have to create a culture that gives everybody the opportunity to grow. That’s the difference between companies that are successful and companies that are not successful. Obviously, implicit in all of this is running the business on an ethical and moral basis.

ACM: Considering corporate leadership scandals at places like Enron and WorldCom, what are the challenges to being a great leader?

Posey: Those people lost their moral context. The most important thing to them, at least as far as I could tell from the reading I’ve done, is that they were in it for the money only. Greed overwhelmed them. Any organization that lets that happen, whether for greed or power, won’t last.

ACM: In the context of the Posey Leadership Institute, have you given any thought to how you approach the topic of morals with students?

Posey: The concept of a moral context is a very private thing. It is something you have to develop on your own; not something you can get out of a book; not something you can give to somebody else or that can be enforced. It has to be rooted in compassion and service to others. I suggest that having a moral context to your life gives you the courage and commitment to do difficult things. It builds emotional independence and a calm strength and completeness that give you a certain maturity. It inspires others to trust you. And when you find it, it helps guide your life.

ACM: So as far as teaching morals, community service would be an important part of encouraging people to think that way.

Posey: Yes. It’s not something you can inject into anybody. It’s not something you can get taking a couple of classes at Austin College. It’s something that you have to grow and develop over a period of time. It takes time to come up with answers, and you have to make a lot of mistakes in life to accomplish those things. I think everybody learns a lot more from their mistakes than from their successes. Certainly businesses are that way.

ACM: So it’s not always wise to fire people who have made big mistakes. 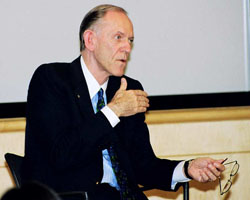 Posey: No. In our company we have developed something called the Quality Improvement Process. Originally, we focused on that as a clear way to build better homes. It didn’t take me very long to realize that this was not just a tool for that, but it was a tool that would help us build a better company. The real focus of the Quality Improvement Process is that you focus on the problem, not on the people. Usually, everybody comes to work everyday ready to do a good job, and then something happens during the course of the day that throws us off track. Usually it is because of some obstacle that management has put in the way. Management is typically its own worst enemy. In our company, we’ve focused on creating — through the Quality Improvement Process — a culture that gives people a real opportunity to grow and develop, to take control of their jobs and to take control of their lives.

When we first started the company, we said essentially we wanted to do two things: we wanted to build a home that would get us a referral to build another home; and we wanted to make it a really good place to work. Later that morphed into wanting to make this the best job you ever had. Well, those two things we annunciated in 1978 when we started the company are still the mission statement of this company. Those are the kind of things — whether its leadership in a non-profit organization or a business organization or creating public policy — that you have to have in terms of focus.

Posey: Well, it has worked for us. There are other examples of companies that have accomplished much the same by focusing on its people and making sure that they understand what you want to accomplish, and then giving them the tools to help them grow, giving them the training and education they need.

ACM: If you were standing in front of a class at the Posey Leadership Institute today, and you only had a few minutes, what one thing would you want students to remember above all else.

Posey: Have some kind of moral compass in their lives. Service to others – compassion for others – is critical to becoming a significant contributing leader. But without that moral compass, there is probably little chance to ultimately succeed.  I would also want them to know that leaders come in all shapes and sizes and colors; there is not just one kind of personality that is a great leader.

ACM: What leaders today would you say students could learn something from in a positive way?

Posey: Colin Powell is certainly someone I admire. He was not a great student in high school and he was not a particularly outstanding student in college, but he was able to accomplish a tremendous amount through his own skill and leadership abilities. Before he became secretary of state, after he left his position as Chairman of the Joint Chiefs of Staff, he started America’s Promise, organizing people to mentor and help students. That’s something that nobody else did, something that had a lasting impact on a lot of people. 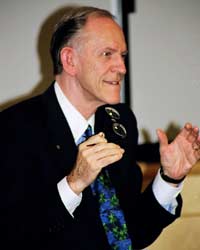 Muhammad Yunus, who started the Grameen Bank in rural Bangladesh, introduced the concept of microcredit, where banks loan the poor a tiny bit of money so they can start little businesses. That has mushroomed to Africa and South America and a number of impoverished countries around the world. He’s impacted the lives of a billion people with a very simple concept and he’s obviously reached out to people in tremendous poverty, and ultimately, if those families improve their lot just slightly, their kids have a better chance of getting an education. So there’s a chain reaction.

ACM: In 40 years of corporate leadership, are there other important lessons you want to share?

Posey: Humility and a sense of humor obviously are important. Being innovative is one of the things we have always done in our company. We have always led the way, as opposed to following. In order to do that, you have to be flexible. On one hand you have to be focused, and you have to know what you want to accomplish. On the other hand you have to be able to adjust to change as the economy changes, as the world changes, as your competition changes, as consumer demand changes. One thing we have focused on is the quality of the product and customer satisfaction. Quality of product is not the end. The real objective is customer satisfaction, because your reputation is one of the most important things you have. We’ve encapsulated that in the phrase, “Promises made, promises kept.” When we sell a customer a home, they have certain expectations. We make it very clear that we won’t make a promise that we won’t keep. Going back to the classroom for a minute — one of the things that I would stress is trust. You cannot lead if you can’t be trusted. The way you build trust is you keep commitments. Students have to learn that. It’s as simple as keeping commitments to be where you say you are going to be on time. Any commitment you make, you have to do your very best to keep — no matter what. Or don’t make it. That’s the way you build trust. No one will follow you as a leader unless that trust is there.

After 40 years in the business world, it comes down to trust. Customers, employees, and associates have to understand that you are not going to change things on them just because something has happened that you may not have 100 percent control over. You can’t use that as an out – the world has changed and now I have to change your pay. They have to have a high degree of confidence in you, and if they do have that trust, then they will follow you even if it hurts them.

Lee Posey died in February 2008. His wife, Sally, continues to support the College.