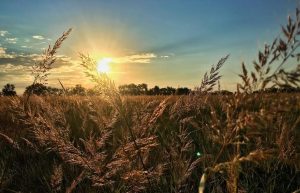 Austin College Thinking Green serves as an umbrella for all campus greening initiatives, including our annual residence hall energy saving competition, our annual GreenServe event, student-initiated greening projects (more than two dozen of which have been adopted by the college), our involvement in the American College and University Presidents Climate Commitment, and all other efforts by staff, students, and faculty, and contractors to green the campus. 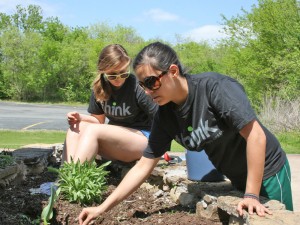 Students enrolled in ENVS 439 develop proposals to reduce the college's environmental impact. To be successful a proposal must clearly document the environmental and financial implications of the proposed change, discuss the proposal's various advantages and disadvantages, evaluate the consequences for the workloads of affected individuals, and describe the proposal in sufficient detail that the responsible college officer could make a decision whether or not to implement the proposal without the need to make further substantial analyses. College administrators have been very receptive to these suggestions.

Several proposals have been implemented, either exactly as proposed or after slight modification. These include:

Austin College has a master Sustainability Plan that acts as a guide for future greening initiatives on campus and also includes a history of the Center for Environmental Studies and sustainability efforts to date. The plan was approved by President O'Day and the Vice Presidents in April 2018.

Austin College is a signatory of the Second Nature Carbon Commitment. Our Second Nature profile includes links to our Climate Action Plan and Greenhouse Gas Reports. At least 15 Austin College courses address climate change issues. These courses have a collective annual enrollment of some 500 students, more than one third of our student population. In addition to curricular offerings we offer educational experiences through our service event, GreenServe, through dorm energy saving competitions, through an annual green pledge campaign, and through various other activities of Austin College Thinking Green, our campus sustainability initiative. 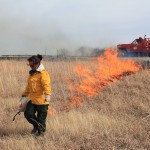 Austin College students and faculty are restoring tallgrass prairie to the college’s 100-acre Sneed Environmental Research Area, the former Sneed family farm. Sneed Prairie is a living laboratory of ecological learning and research. The prairie plays a key role in many science and environmental studies courses and serves as a field site for area schoolchildren. Learn more here.

This new book will be published open-access by University College London Press during late 2022. 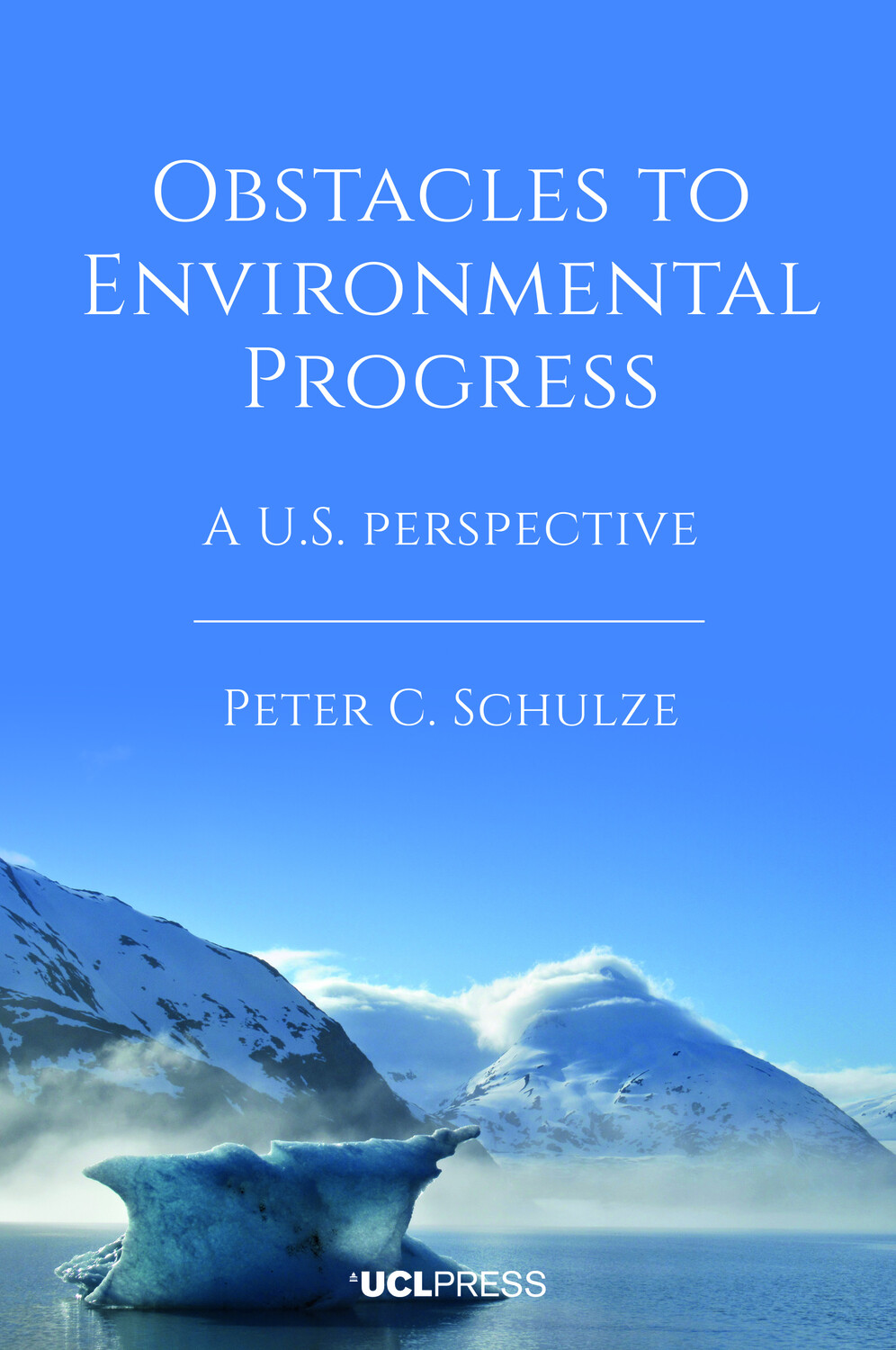 "Why, when so many people understand the severity of environmental problems, is progress so slow and sustainability such a distant goal? What gets in the way? Perhaps you have immediately thought of several barriers. In Obstacles to Environmental Progress, Peter Schulze identifies 18 practical obstacles that routinely and predictably hinder U.S. progress on existing environmental problems. The obstacles apply to problems small and large and, in most cases, regardless of whether an issue is controversial. Though the book focuses on the U.S., most of the obstacles pertain elsewhere as well.

The obstacles fall into three categories: scientific challenges to anticipating and detecting problems; political and economic factors that interfere with responding; and obstacles to effective responses. While all the obstacles are predictable and common, they have not been systematically studied as related phenomena, perhaps because they span a wide range of academic disciplines. In practice, they often arise as surprises that are then addressed in an ad hoc manner. Might they be better understood and thus more readily anticipated and overcome or avoided?

Dr. David Baker and his students maintain and operate the Austin College Weather Station. The

People and places are inextricably linked in social-ecological systems around the world. Dr. Mari Elise Ewing examines the influence of manmade and natural capital on the resilience and adaptive capacity of agricultural systems. She uses historical data, interviews, and agent-based modeling to understand how farmers’ and ranchers’ land use decisions respond to changes in circumstances. Dr. Ewing looks forward to involving students in this research.

Dr. Andrew Carr and his students synthesize organogelators, organic compounds used to gel certain organic liquids. It is easier to recover spilled gels than liquids. Thus, gelators have potential for use in clean-up of oil spills and increasing the safety of transporting hazardous liquids. Carr & his students are streamlining the synthesis of gelators and studying how variations in formulations affect physical properties and critical concentrations, both of which are relevant for eventual use in remediation.

Pollution from Foreign vs. Local businesses

Dr. David Griffith studies patterns of pollution production from different sorts of businesses. His most recent work is forthcoming: “Are local businesses or multinational entities more environmentally sustainable? Some evidence from Asia, Chapter 2 of Emerging Dynamics of Sustainability in Multinational Enterprises, McIntyre, J.R. et al. (eds.), Edward Elgar. The study evaluates the “pollution haven” hypothesis (that developed nations use foreign investment to outsource emissions to less developed countries) and the alternative “pollution halo” hypothesis (that by sharing advanced technology across borders, foreign direct investment countries to produce less pollution at a given level of economic development). Griffith finds that in Asia at least, foreign investment is associated with lower levels of greenhouse gas emissions, while local business startups are associated with higher emissions.

Dr. Steven Goldsmith is working on a book manuscript that will be a “Practical Guide to Hawaiian Natural History: What to see and where to see it.” This work is an outgrowth of Dr. Goldsmith’s 25 years of teaching and doing research in Hawaii, and it’s focus will be on endemic and indigenous plants and animals, including birds, coral reef fishes, marine mammals, marine invertebrates, and terrestrial insects. The “where to see it” part will include descriptions of national and state parks, hiking trails, nature preserves, wildlife refuges, snorkeling spots, and other places to find Hawaii’s native biota.

Dr. Daniel Nuckols, his students and colleagues in organic land stewardship, study holistic management strategies and techniques, as they pertain to agriculture.  Nuckols is wrapping-up a 10 year study of Texas organic farming and ranching.  He is Chairman of the Board for Holistic Management International, an organization that aids new and traditional/industrial farmers & ranchers transition into sustainable farm & ranch land management.  Nuckols is also President of the Board of the newly formed non-profit, Council for Healthy Food Systems.  He is active in the Texas Organic Farmer & Gardeners Association (TOFGA) and the Farm & Ranch Freedom Alliance (FARFA).  Nuckols most research publication is "Blue-Green Agricultural Revolution," chapter 14 of The Next Economics: Global Cases in Energy, Environment, and Climate Change. Springer Press, 2013. 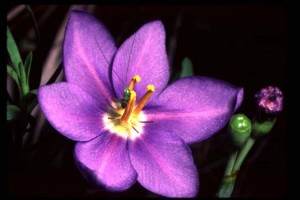 The Illustrated Texas Floras Project produces taxonomic keys to plants of geographic regions of Texas. The floras include information of interest not only to botanical specialists, but also to a more general audience including students, wildflower enthusiasts, ranchers, environmental consultants, etc. Dr. George Diggs and his coauthors at the Botanical Research Institute of Texas have completed the first three volumes, some 3600 pages: Shinners & Mahler’s Illustrated Flora of North Central Texas, Illustrated Flora of East Texas, and The Ferns and Lycophytes of Texas.

Dr. David Baker, Associate Professor of Physics at Austin College,  received a three-year grant from the NASA Solid Earth and Natural Hazards Program to investigate the impact of soil moisture and topography on extreme precipitation and flooding. The ultimate goals of this research were to understand the physical processes that influence extreme rainfall and to ensure that these processes were included in numerical weather models.

One specific flood event that was studied was the historic Missouri flash flood of 2000. On May 7, thunderstorms produced heavy rainfall in east-central Missouri with up to 14 inches of rain in less than 8 hours. The weather forecast for this day predicted less than 0.5 inch of rain. With colleagues at NASA

The above figure shows rainfall at 2:30 am local time (07:30 UTC) on May 7 measured by Doppler radar (left panel) and simulated rainfall with a sophisticated land-atmosphere computer model (right panel). This new computer simulation reproduced the observed rainfall quite well, in contrast with the original computer forecast for this day. The improved results can be largely attributed to strong interaction between land and atmosphere which was not accounted for in the original computer model.

The primary goals of this effort were to promote undergraduate Earth System Science Education at Austin College, and to increase awareness of Earth System and Global Change issues in the college and local communities.

Due to innovative learning approaches, this work may lead to significant contributions in Science Education Research. The interdisciplinary nature of this project built on strengths in atmospheric science, geophysics, ecology, soil science, science education and communications.  Science literacy will be improved through application of science to real world problems. Science students will be better prepared for ESS careers, and public awareness of Earth System and Global Change issues will be enhanced.

Funding of this far-reaching project was a jump start to dynamic Earth System Science educational programs throughout campus. Specifically, this project: 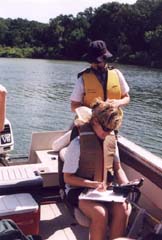 Dr. Peter Schulze and his students studied the effect of suspended sediments on the zooplankton of large reservoirs such as Lake Texoma. Suspended sediments have potential to affect numerous ecosystem processes because they block light, interfere with foraging, and bind toxins. Some zooplankton persist in their presence, others do not. Results were published in the journal Freshwater Biology (2006, 51:1447-1457 & 2011, 56:352-365).