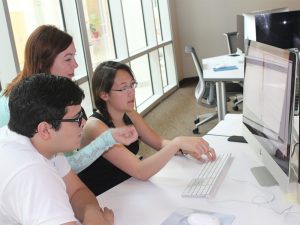 Computer science is the study of how we solve wide-ranging problems. At Austin College, we focus on preparing students in mathematics, design, logic, engineering, communication, science, and programming. We put a strong emphasis on helping students learn how to fully utilize and adapt to the new ideas and technologies that will arise in the future. Our mission is to provide an environment in which students can develop their computer science skills to excel in future careers and further their studies. 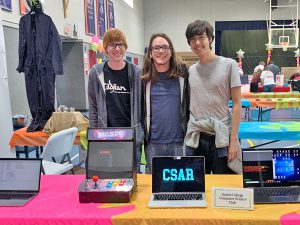 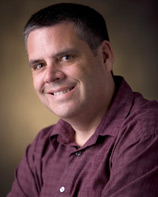 While finishing his undergraduate and graduate work at Stanford University,  Michael worked for IBM’s Palo Alto Scientific Center in the STAR database research group and eventually left IBM to join Texas Instrument’s Semiconductor/Advanced Logic group.  Soon thereafter, he started his own software development and consulting business, serving an extensive list of clients around the world.  In 1987 he was called back to teaching and joined the Austin College faculty. His research interests include 3D graphics and Artificial Intelligence (Machine Learning).  He continues to develop software systems and consult in the industry.  He currently serves as the Computer Science and Robotics sponsor. 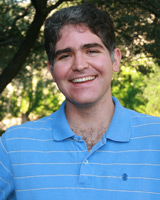 Aaron received his BS in Mathematics and Computer Science at Haverford College. He received his Masters and Ph.D. in Computer Science from The University of North Carolina at Chapel Hill, where he wrote his dissertation on Adaptive Multiprocessor Real-Time Systems. While a graduate student, he received the prestigious National Science Foundation Graduate Research Fellowship. After graduate school, Aaron spent two years working at Microsoft as a Program Manager on the Team Foundation Server project. Teaching at Austin College is a homecoming for him, since he grew up in Plano, Texas, and is an alumnus of Plano Senior High School. In addition to computer science, he has a passion for bicycling and teaches a JanTerm class on the scientific, cultural, and social impact of the bicycle.

Josh received his BA in mathematics and Spanish from Transylvania University. After working in Institutional Research and Advancement at the University of Louisville for a year, Josh left the Bluegrass State to attend Indiana University. There he received an MS in Applied Statistics and an MA and Ph.D. in Pure Mathematics. His research interests are in quantum algebra and applied statistics. Josh teaches both mathematics and data science courses for the department and loves working with students in all facets of their academic careers.

A computer science and biochemistry major at Austin College, David Savage ’07 earned his M.D. and Ph.D. from the Medical Scientist Training Program at The University of Texas McGovern Medical School and the MD Anderson Cancer Center UT Health Graduate School of Biomedical Science in 2018. After a two-year residency in internal medicine at the… END_OF_DOCUMENT_TOKEN_TO_BE_REPLACED

Following graduation in 2004, I attended graduate school in the fall, while also working a full time retail job. My first IT job was not until 2008, as an Application Developer with Infinity Insurance. While there, I learned SQL and interacted with some Visual Basic code. My primary responsibilities were loading insurance product pricing data… END_OF_DOCUMENT_TOKEN_TO_BE_REPLACED

Since May of 1998, I have had a number of cool jobs because of my AC education. My first was with Deloitte Consulting as a Systems Analyst. I was certified in the Sales & Distribution Module of SAP and based out of Chicago. I also worked a lot in Customer Relationship Management (with Siebel and… END_OF_DOCUMENT_TOKEN_TO_BE_REPLACED

After graduating in 2010 from Austin College I was accepted into the Computer Science and Computer Engineering PhD program at the University of North Texas in scenic Denton, Texas. In the Spring of 2011 I was picked up by Dr. Armin Mikler and joined his Computational Epidemiology Research Lab (CERL). By the Fall of 2011… END_OF_DOCUMENT_TOKEN_TO_BE_REPLACED

After graduating in 2001, I started as a Software Developer building solutions for the semiconductor manufacturing industry. I specialized in equipment maintenance tracking (which turns out to be a really complicated, technical domain when you’re maintaining billions of dollars of robots), and then moved in to advanced fault detection and classification algorithms (looking at streaming… END_OF_DOCUMENT_TOKEN_TO_BE_REPLACED 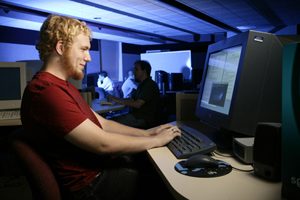