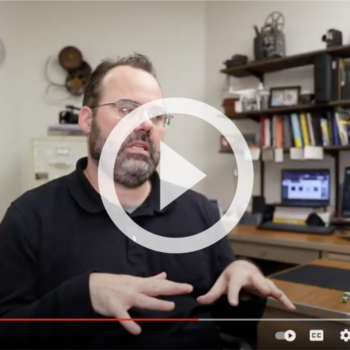 Participation in Austin College Theatre is open to all students, including majors, minors, and non-majors. 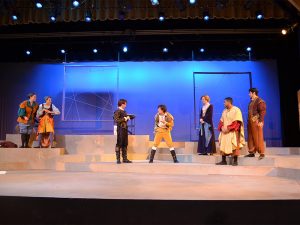 Alpha Psi Omega is the National Theatre Honors Society at the collegiate level. Nationally, Alpha Psi Omega was founded in 1925. The Nu Kappa chapter was established on the Austin College campus in 1952. Alpha Psi has had several different roles on campus throughout the years, including putting on their own shows, working in conjunction with other organzations on campus, and promoting the performing arts both on and off campus. To be a part of Alpha Psi students must put in many hours of work both on stage and backstage.

Austin College’s Improv Troupe is one of the entertainment highlights on campus. Directed by Dr. Kirk Everist, the Improv Troupe performs their own take on Chicago-style Improv. Shows by the Austin College Improv Troupe may include freeform Improv, Harolds, Short Games, La Rondes, and more. The Troupe performs an average of 8+ shows per semester, including midnight movie premieres and double features at the Friday night shows of main stage productions. Additionally, the Improv Troupe has maintained traditions of a Finals Study Break show every semester and at least one 8-hour long Improvathon per year that follows a cast of characters on a massive, 8-hour epic.  The Troupe also produces Improv Workshops for Austin College students as well as visitors that cover Improv basics as well as more advanced techniques.

The theatre department is located inside the Ida Green Communications Center which is home to two theatre spaces. The main stage in Ida Green is a 500-seat modified prosceinum stage with lift and fly capabilities.The second performance space is Beardsley Arena Theatre, located in the basement of the Ida Green building. The Arena is a blackbox theatre with a fully adjustable lighting and curtain ceiling grid. This allows for full creativity of stage shape and audience placement.

In addition to the theatre spaces, the department also has a scene shop to build and paint sets, a costume shop to construct and repair costumes, and two room-sized closets for storing costumes and props, as well as a fully functioning green room, dressing rooms, and a sound and light enabled TV Studio.

Dr. Kirk Everist is a professor and coach of the Austin College Improv Troupe. He teaches the Development of Dramatic Arts, Acting, and Shapers of the Modern Theatre. He has directed many theatrical performances at Austin College including Into the Woods, Twelfth Night, and When We Dead Awaken. He will be directing the upcoming production of The Emperor of the Moon.

Liz Banks officially joined the faculty of the Austin College Theatre Department in 2011. Classes she has taught include Set and Light, Costume and Makeup, Intro to Theatre, and Approaching Design.  She has also taught several topics courses such as Stage Management and Game Design Aesthetics. She has designed set and lights for many theatrical productions at Austin College.

Dan Pucul graduated in 2004 with degrees in Communication Arts and Psychology. While spending a year in Los Angeles, Dan acted in several productions at Zombie Joe's Underground Playhouse.  He went on to get an MA in drama from Texas Woman's University, where he served as the Graduate Shop Foreman Assistant for two years. From there, he found employment at Theatre Three in  Dallas as their technical director-- a position he retained for four years before returning to Sherman to work as Austin College's technical director.

Where are they now?

The Austin College theatre department has been graced with many wonderful Alumni. Here are the amazing things they have gone on to do.

Since graduating from the Austin College Anthropology and Theatre programs, I’ve joined the Peace Corps in Madagascar as a TEFL certified English teacher. During my first 2 years of service, I taught English to over 400 middle and high school students in the highlands of Madagascar and took part in many secondary projects including: massive… END_OF_DOCUMENT_TOKEN_TO_BE_REPLACED

Majors:  English & Communications M.F.A, Southern Methodist University Professor of Theater at Santa Clara University I am a Professor of Theatre Arts and a professional actor. I served as Associate Provost for Diversity and Inclusion at Santa Clara University, and Artistic Director of the Lorraine Hansberry Theatre of San Francisco, which makes works by and… END_OF_DOCUMENT_TOKEN_TO_BE_REPLACED

Michelle Davis Leverette graduated from Austin College with her BA in 1996 and her MAT in 1998. She is now the Science Department Chair and 8th grade science teacher for the Arlington ISD. Michelle sings with her church’s praise band and a blues/jazz/groove band called Pi 4 vi (Pie for Six). Michelle is also a… END_OF_DOCUMENT_TOKEN_TO_BE_REPLACED

Dan Pucul was inducted into Alpha Psi Omega Nu Kappa chapter his sophomore year at Austin College and graduated in 2004 with degrees in Communication Arts and Psychology. While spending a year in Los Angeles,  Dan acted in several productions at Zombie Joe’s Underground Playhouse.  Dan went on to get an MA in drama from Texas… END_OF_DOCUMENT_TOKEN_TO_BE_REPLACED

Julia D’Ambrosi was a theatre scholarship recipient, and graduated in 2010 with a BA in Communication Arts (Theatre Emphasis). She recently adapted and directed Twelfth Night for 4th-7th graders at Highwood Theatre. Her recent roles include Manny Swartz in Highwood’s immersive murder- mystery Everyone’s a Critic and customers in the Helen Hayes Recommended Parfumerie at… END_OF_DOCUMENT_TOKEN_TO_BE_REPLACED

A recent graduate of Austin College, Ashley “Hopper” Jump has pursued the two things she loves: designing and working with people. Since starting her job with Dr. Delphinium Designs and Events, she is also taking custom costume design orders in her spare time. She hopes to continue this for many years to come, and hopefully… END_OF_DOCUMENT_TOKEN_TO_BE_REPLACED 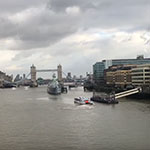