Austin College will honor five graduates and two faculty members for distinguished professional accomplishment and/or service to the College on Friday, October 31, during Homecoming events on the campus. Awards will be presented during a dinner in Mabee Hall of Robert J. and Mary Wright Campus Center. For information, contact the Office of Alumni Engagement at 903.813.2335.

Distinguished Alumni Awards recognize those who have distinguished themselves in their profession and in their communities, exemplifying leadership and ethical standards in their interactions. They model the accomplishment, spirit of service, and broadened perspective fostered by the Austin College educational experience and support and advocate on behalf of the College. First Decade Award recipients are selected on the same basis, but for accomplishments within 10 years of graduation. Austin College Alumni Board president Kirsten Brandt James of Dallas, Texas, Class of 1985, and Dr. Marjorie Hass, president of Austin College, will present the awards to alumni. 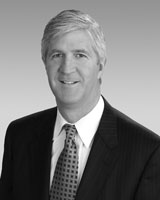 He and his wife, Kristi, have two children and live in Dallas, Texas. 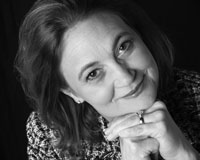 Tara Jo Gibson Myers headed to University of Texas Medical School at Houston upon completing her Austin College education and earned her M.D. in 1983. She completed her residency at UTMS – Houston in internal medicine before beginning private practice in 1986. She continued in private practice in internal medicine until 1995 when she began the hospital-based practice in emergency medicine she continues today. She has held many leadership roles within her professional career, including serving as medical director for several services and serving as state commander for the Disaster Medical Assistance Team.

She also has been active in community events, many in association with her children’s schools and activities. She also has received many honors in competitive ballroom dancing.

Tara and her husband, John ’76, have two children and live in Jersey Village, Texas. 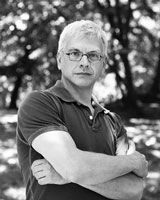 Kim Powers is the senior writer for ABC’s prestigious news magazine 20/20, for which he received the Edward R. Murrow Award for “continuing excellence” this year. During his nearly 20-year career at ABC News, he also won Emmy and Peabody Awards for his 9/11 reporting for Good Morning America. He also wrote the popular What Would You Do? Series, hosted by John Quinones, and has written numerous primetime TV specials for the “leading ladies” of ABC News: Diane Sawyer, Barbara Walters, Robin Roberts, and Katie Couric.

He earned a Master of Fine Arts at Yale School of Drama, where he was managing editor of Theater Magazine and artistic director of the Yale Cabaret. 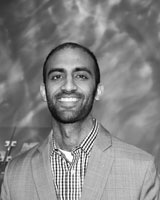 Abbas Ravjani completed his Austin College degree in political science and Middle East studies, having enjoyed a semester abroad at Oxford University and served as student body president back on campus. In the intervening 10 years, he has had an impressive array of experiences, including selection as a Truman Scholar, a Paul and Daisy Soros Fellowship for New Americans, and a Center for a New American Security Next Generation National Security Leader. While completing his law degree at Yale Law School, he completed summer internships with the Attorney General of Texas, the Department of the Treasury, and Arnold and Porter law firm.

He spent two years working for the U.S. House of Representatives Permanent Select Committee on Intelligence, then served as law clerk for the Honorable Barbara Lynn in the U.S. District Court for the Northern District of Texas. In 2012, he returned to Washington, D.C., where he is an attorney in the U.S. State Department.

He and his wife, Atiya Khan, live in Washington, D.C.

The Clemons Award is given to alumni or friends of Austin College in honor of continued service and commitment to the College. The award is named to honor longtime Austin College Board of Trustees chair Heywood Clemons of Fort Worth, Texas. The 2014 recipient is Billy Core. 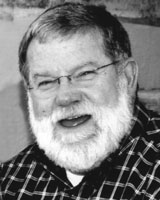 Billy Core graduated from Austin College in 1976 with a degree in English and earned his master’s degree through the Austin Teacher Program in 1977. He now is an account manager for AT&T in Dallas. A former ’Roo football co-captain, Billy has been a regular presence at Austin College football games over the past several years and has become the “official” pit master of the Austin College Outback. He has donated many hours of his time and resources to provide delicious food for those who gather at the Alumni Engagement area. He also is a member of the Alumni “A” Athletics Board.

His service to others extends beyond Austin College through ministries with Richardson High School Halftime Huddle, which volunteers with the Circle of Friends and feeding the homeless. Billy and his wife, Sharon, have 3 children and live in Dallas, Texas. 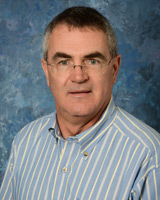 Steven Goldsmith has been a member of the biology faculty since 1993, and now serves as professor of biology and dean of Sciences. In addition to service to alumni as a dedicated and award-winning faculty member teaching countless alumni, he has been an involved mentor and advocate for students. He has taken part in many campus activities alongside students, including service for Great Day of Service and GreenServe.

Through his years of teaching and mentoring students, he has been of great service to hundreds of students. He is honored this year particularly for his tireless efforts in providing IDEA Center tours and information in his role as “building shepherd,” which included input into the construction of the facility.

Steve and his wife, Rebecca, have two children and live in Sherman. 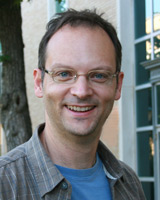 David Baker joined the Austin College physics faculty in 2000 and now serves as professor of physics and director of Adams Observatory in the Austin College IDEA Center. Alumni of all generations had opportunity to know David when he assisted the College with an “Alumni College on the Road” seminar in 2008, based upon his book The Most Extreme Places in Our Solar System.

David has served in numerous capacities at Austin College in addition to his teaching and mentoring roles for students. He is honored this year particularly for his contributions in preparation and maintenance of the telescope in Adams Observatory and his many presentations on the gnomon hole and the movement of the Sun across the building’s atrium.

He and his wife, Holly, have two children and live in McKinney, Texas.