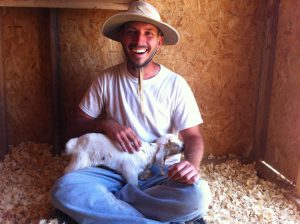 Austin College graduate Kelby Archer ’09 will be the featured speaker at the Environmental Studies Lunch Talk at noon on Tuesday, October 8, in Wright Campus Center, Room 231. He will present “Toward a Meaningful Life: Unconventional Advice from a Wanderer at Heart.” The session is free and open to the public. Attendees may bring their lunch to the session.
Archer, who serves as coordinator of the Austin College Center for Environmental Studies, said he will speak about unusual life lessons he learned through the lens of a gap-year road trip around the Western United States three years ago. 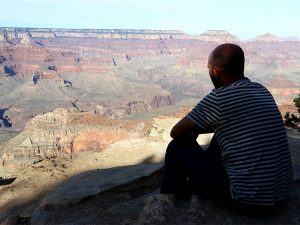 After graduating from Austin College in 2009, Kelby spent six years in the broadcast television industry at KXII-TV in Sherman. He filled numerous roles during his time there, including the behind-the-scenes technical director role for the morning and noon newscasts, as well as local commercial producer.
In early 2016, growing more concerned about climate change and the state of the natural world, he embarked on a year-long road trip around the United States to learn more about sustainable lifestyles. Upon his return, he heard about the position opening at Austin College and says he has been delighted to serve as coordinator over the past two years.
Austin College, a private national liberal arts college located north of Dallas in Sherman, Texas, has earned a reputation for excellence in academic preparation, international study, pre-professional foundations, leadership development, committed faculty, and hands-on, adventurous learning opportunities. One of 40 schools profiled in Loren Pope’s influential book Colleges That Change Lives, Austin College boasts a welcoming community that embraces diversity and individuality, with more than 50 percent of students identifying as persons of color. The residential student body of approximately 1,300 students and more than 100 expert faculty members allow a 13:1 student-faculty ratio and personalized attention. This year, the campus recognizes 100 years of co-education and has had several opportunities to recognize the history of women and accomplishments of current alumnae. Austin College is related by covenant to the Presbyterian Church (USA) and cultivates an inclusive atmosphere that supports students’ faith journeys regardless of religious tradition. Founded in 1849, the College is the oldest institution of higher education in Texas operating under original name and charter.