The Austin College Music and Theatre departments come together this week in presentations Thursday, April 28, through Saturday, April 30, of Stephen Sondheim’s Assassins, with performances at 7:30 each evening in the Sally and Jim Nation Theatre of Ida Green Communication Center. Tickets are $8 each (or free with a valid Austin College ID). The show is directed by Dr. Kirk Andrew Everist of the Theatre Department faculty with the Department of Music’s Dr. Ricky Duhaime as Conductor (and Orchestra Director) and Dr. Wayne Crannell as Vocal Director. 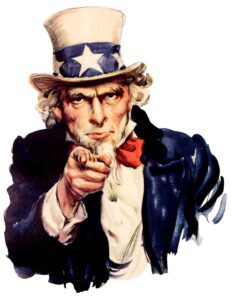 Everist notes that this production is intended for Mature Audiences and includes the use of strong language, adult situations, and simulated violence. The production makes use of loud sound effects (simulated gunfire), flashing lights, and actors moving through the aisles.  Firearms and pet dogs are simulated through the use of children’s toys. No real bullets or weapons are used during this performance.

A performance by The Austin College Improv Troupe will follow each evening’s production.

With music and lyrics by Sondheim and librettist John Weidman, Assassins is based on an idea by Charles Gilbert Jr. The production was originally staged off-Broadway at the Playwrights Horizons in New York City on January 27, 1991, where it was directed by Jerry Zaks with orchestrations by Michael Starobin. An off-Broadway production of Assassins is currently running. Assassins is presented at Austin College through a special arrangement with Music Theatre International (MTI). All authorized performance materials are also supplied by MTI.

Everist said this production presents the stories of disaffected people from history who share one thing in common: they tried to kill the President of the United States. He said that in the tradition of American light entertainment and political satire, a Balladeer leads the audience from moments in history to imagined conversations across time, stepping into some of the darker corners of the nation’s past and identity with a critical ear. Assassins, he said, engages the mind as well as the heart, providing a memorable examination of the American Dream.

When the show originally opened in 1991, New York Times reviewer Frank Rich wrote, “There is a shadow America, a poisoned, not-have America that must be recognized by the prosperous majority if the violence in our history is to be understood and overcome.”

Sarah Schlesinger, writing for Music Theatre International, describes Assassins as “… a kaleidoscopic musical theatre exploration of nine people who committed (or attempted to commit) political murder in America over a period of two centuries.” Everist said she continued, “In the framework of a showbiz revue, Assassins gives voice to the nine characters’ hopes, fears, and furies by exposing the twisted thoughts that make them such intriguing figures. … American mythology promises everyone a right to their dreams; if these dreams are not attained, someone must be responsible. The nine assassins share a desperate need to reconcile their belief in this myth with their sense of personal hopelessness.”