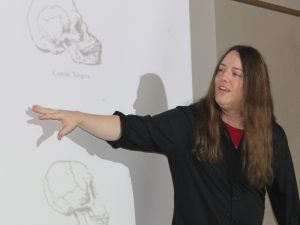 Dr. Watkins teaches anthropology and has a vivid memory of Austin College as a place that changed everything for him. He graduated in 2004 having expanded his career goals in step with his exploding vision of the world. Watkins wanted to study anthropology as a way of thinking and digging into issues that he had not encountered before college. Though most anthropologists go far afield for their research, Dr. Watkins tries to unearth the complexity of social interaction in his own backyard. His most prolonged research has been among people seeking political asylum on the grounds of having been tortured. His research sites have been in and between non-profit centers, courts of law, immigration offices, and on the many highways of Texas, interacting with people from around the world. The questions he marshals through this research have involved areas of human rights, language, transnationality, violence, and the law.