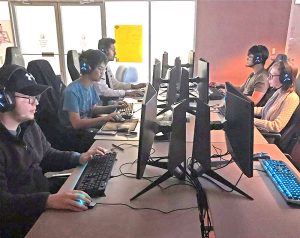 League of Legends is a fast-paced, competitive online game that blends the speed and intensity of an RTS with RPG elements. Two teams of powerful champions, each with a unique design and playstyle, battle head-to-head. As the world’s most active competitive scene, League of Legends sports numerous tournaments worldwide, including the prestigious Championship Series where salaried pros compete for millions.

The League of Legends Roster for Spring 2019: