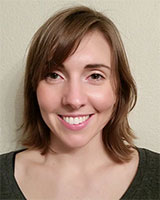 My identity came a bit unraveled in Spain. It was my first year outside the role of “student”. It was the first time I felt painfully inarticulate and confronted by the kind of striking aloneness that happens when you are a stranger in a new country. I spent an embarrassing amount of time alone, furtively eating McDonald’s (I don’t even like McDonald’s) or ducking out of invitations to the all-night Spanish parties (I really, passionately prefer a 10 o’clock bedtime).

In my shinier moments, I made a few friends: people who were profoundly different from me (outgoing, lived with their parents, liked their parents) and profoundly the same (nerdy, obsessed with eating and talking). I collected memories of the children I taught – gifting me drawings of hearts, singing, or staging a mutiny (synchronized hug-tackle to delay class). I polished my Spanish skills and learned about my own culture by watching all the points where it collided with Spanish culture. But much more than that, I learned the beauty of coming unraveled.

Were it not for my time abroad, I would not know myself as the courageous and versatile person I have become. I would not have learned to trust the process of unraveling in order to stitch together something new.

It would not be an overstatement to say that AC and Fulbright gave my life the shape it has now, 10 years later.

In each of the different phases of my professional life since college – as grad student, as therapist, as professor – my experiences at Austin College and with the Fulbright have informed my perspective and influenced my work. As part of my training as a psychologist, I was able to provide therapy in Spanish for people who had recently immigrated to the U.S. from Central or South America. My experience living in other countries gave me a starting point from which to understand their experiences of solitude and culture shock and not fitting – as well as the perspective to recognize that there were parts of their experience I could not comprehend.

Today I am a psychologist and a full-time professor in Quito, Ecuador, where I continue learning about the beauty of solitude and not fitting and being much-less-articulate than I’d like (as when I am trying to explain neurotransmission in my second language). I cherish interactions with people who I would otherwise have been incapable of communicating with. I savor quirky Ecuadorian expressions and the flexibility of thinking and feeling and expressing myself in more than one language. Every now and then, after class or after a faculty meeting, I think, “I just did that in Spanish!” And I feel a surge of accomplishment coupled with gratitude for the privilege of having attended Austin College, for the gentle nudges from professors who believed in me, and for the good fortune of receiving a Fulbright grant.