“One dark night when Mrs. Silas was having a sweet, peaceful nightmare,
she conceived the idea of having a college choir” — Cheebe Vinson (1942) 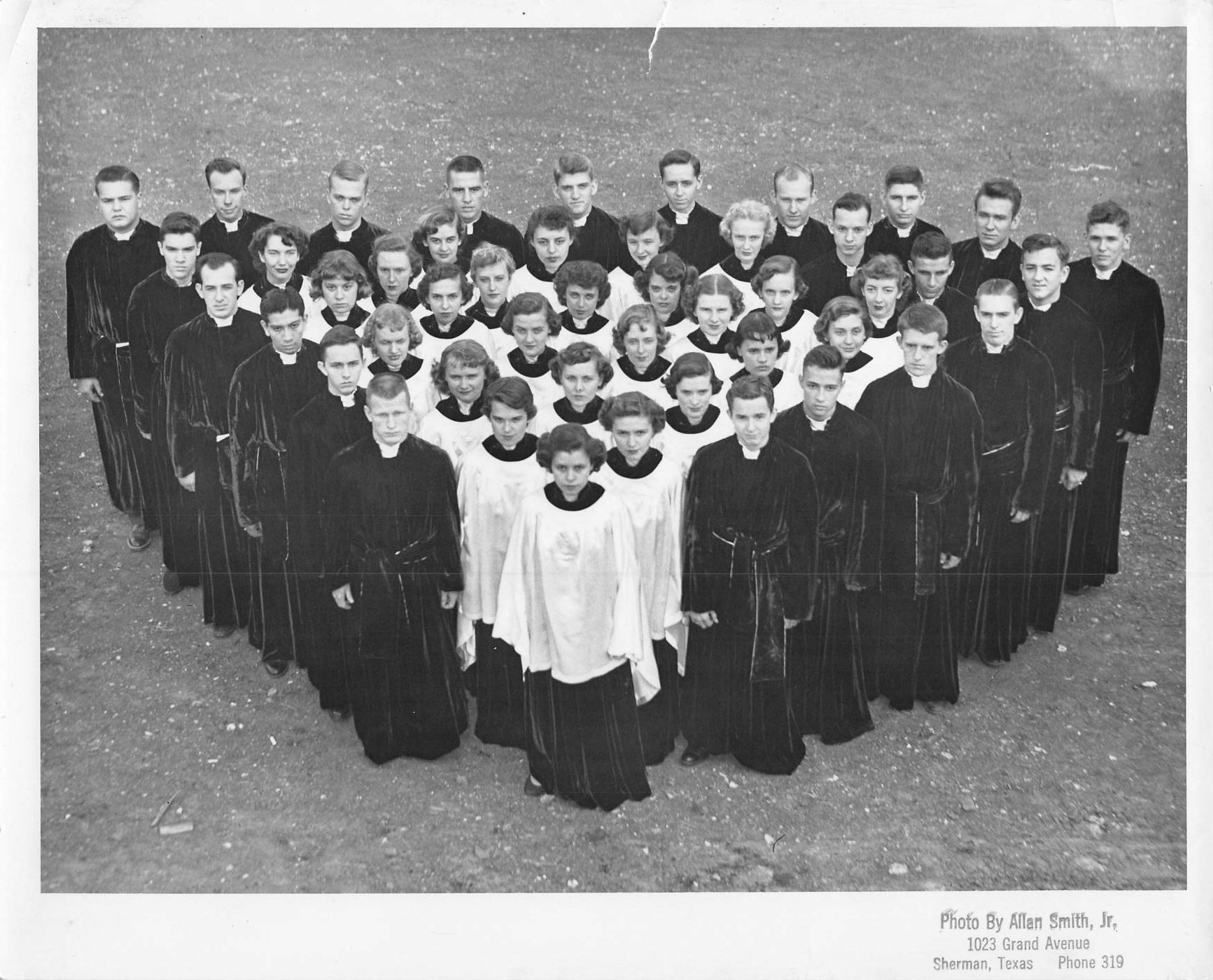 The Austin College A Cappella Choir was founded in 1946 by Dr. R. Wayne Bedford. Bedford brought the Choir first to national, and then international prominance. But did you know there was a choir at Austin College even 50 years before that?

In about 1900, when Austin College was still a men’s college and still recalled its origins as a military school, George Case, a local Sherman music teacher, formed the Austin College Choir. Letters and notices indicate that had been singing at AC throughout the 1890s (and most likely before that) in the form of The Quartette, a vocal group comprised of a faculty member and three students. They sang mostly in the area, sometimes serenading the young ladies of Kidd-Key College, but occasionally they would board “The Comet,” a train that ran from Denison through Sherman to Dallas. It was Mr. Case who would assemble a larger choir around 1902 followed by the Orchestra and in 1910 by the Austin College Band, made up of, among other things, mandolin players! (Landolt) Considering the financial challenges the college faced in the 1890s, it is likely that any music activities in the early 20th century were served by volunteers without pay.

When Mr. Case retired in 1935 , it seemed that choral music at Austin College might fall by the wayside, but  the arrival of Dr. Paul Silas and his wife that same year allowed the choir to continue. By 1940, the Austin College Choir still sang occasionally for campus events but was suffering from lack of participation. In 1942 that would change. Mrs. Silas was asked if she might assemble some music to precede a theater production by Professor Rollin Rolfe. The choir she assembled performed nervously at first but eventually began taking trips to local churches. This was the genesis of the modern Austin College A Cappella Choir. Read more about the early A Cappella Choir…

Download the “Chronicles of the College Choir, Spring of 1942”