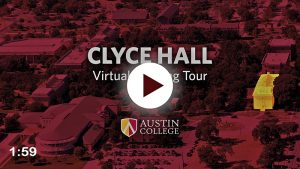 Clyce Hall, a coeducational residence hall, contains 64 double rooms and two single-occupancy rooms. Rooms are co-ed by floor, with upperclassmen living on the first and fourth floors. Clyce was constructed in 1957 and renovated in 1991. Each room has movable furnishings, including dressers, beds that can be bunked, nightstands and study chairs, along with permanently positioned desks. 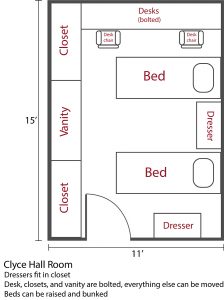