Lectures on Income and Wealth Distribution

Austin College will host the 2015 Jno. E. Owens Conference, “Income & Wealth Distribution: Implications for Open Markets and Democratic Regimes” on March 30 and 31 on campus. The conference lectures are free and open to the public.

Using valuable insights emanating from diverse academic fields, this year’s Owens Conference will explore aspects of how movements in income and wealth distribution continue to impact not only markets but the very goals of democracy, said Daniel Nuckols, Austin College associate professor of economics and business administration and the John T. Jones Chair of Economics.

The first lecture, “Inequality, Stagnation, Technological Revolution, and the Democratic Prospect” will be presented March 30 at 4:30 p.m. in IDEA Center, Room 127 by Robert W. McChesney Gutgsell Endowed Professor of the Department of Communication at the University of Illinois at Urbana-Champaign.

A full day of lectures on Tuesday, March 31, continues the conference, beginning at 8:30 a.m. with “Knowledge Diffusion and Income Inequality” by Dany Bahar research economist at the Competitiveness, Technology, and Innovation Division of the Inter-American Development Bank. All morning sessions are in IDEA Center, Room 127.

At 9:30 a.m., Richard Reeves presents “The Unequal Dream: Social Mobility, Opportunity Hoarding and the New Elite.” Reeves is Policy Director for the Center on Children and Families at Brookings Institution.

The 11 a.m. lecture, “Inequality in the World Economy: What Do We Know?” will be presented by James K. Galbraith Lloyd M. Bentsen Jr. Chair in Government/Business Relations and Professor of Government at the University of Texas at Austin.

Gordon Dee Smith, president of the Dallas Committee on Foreign Relations and CEO of Strategic Insight Group, will speak on “Hyper-Connectivity and Big Change: the Economic, Security, and Social Consequences of a Rapidly Transforming World” at Noon in Wright Campus Center’s Mabee Hall.

At 1:30 p.m. in IDEA Center, Room 127, Timothy Noah, labor and employment editor at Politico and former senior editor at The New Republic, will present “What We Know About Growing Income Inequality: A Reporter’s View.”

“Free Trade with China: A Gamble Worth Taking” by Gary Clyde Hufbauer, the Reginald Jones Senior Fellow at the Peterson Institute for International Economics, will present the final lecture at 3:30 p.m. in IDEA Center, Room 127. 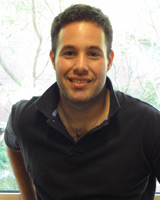 Dany Bahar is a research economist at the Competitiveness and Innovation Unit of the Inter-American Development Bank, a nonresident fellow at the Brookings Institution’s Global Economy and Development program, and an associate at the Center for International Development at Harvard University, where he also was a doctoral fellow. His research focuses on the intersection between international economics and the economics of productivity, as well as economic growth and development. He holds a Ph.D. in Economic Policy from Harvard University, where his dissertation focused on how barriers to the diffusion and transmission of knowledge play a role in the dynamics of the comparative advantage of nations and the international expansion of multinational corporations. Bahar has worked in both the public and private sectors and has provided consultancy services to several organizations in Latin America and the Caribbean, Eastern Europe, and the Middle East.

James K. Galbraith holds the Lloyd M. Bentsen Jr. Chair in Government/Business Relations at the Lyndon B. Johnson School of Public Affairs of The University of Texas at Austin. He holds degrees from Harvard and Yale, studied economics as a Marshall Scholar at King’s College, Cambridge, in 1974-1975, and then served in several positions on the staff of the U.S. Congress, including Executive Director of the Joint Economic Committee. He directs the University of Texas Inequality Project, an informal research group based at the LBJ School. A member of the Lincean Academy, the oldest honorary scientific society, Galbraith is a senior scholar of the Levy Economics Institute and chair of the Board of Economists for Peace and Security. He has co-authored two textbooks and written several books, including The End of Normal: The Great Crisis and the Future of Growth, released in 2014. He writes frequently for policy magazines and the general press. 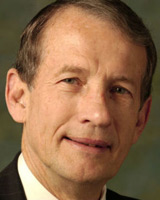 Gary Clyde Hufbauer has been the Reginald Jones Senior Fellow of the Peterson Institute for International Economics since 1992. Formerly, he served as the Maurice Greenberg Chair and Director of Studies at the Council on Foreign Relations, the Marcus Wallenberg Professor of International Finance Diplomacy at Georgetown University, deputy director of the International Law Institute at Georgetown University, deputy assistant secretary for international trade and investment policy of the U.S. Treasury, and director of the international tax staff at the U.S. Treasury, Hufbauer has written extensively on international trade, investment, and tax issues and is the co-author of several books, including two released in 2014: Bridging the Pacific: Toward Free Trade and Investment between China and the United States and Economic Normalization with Cuba: A Roadmap for U.S. Policymakers. His areas of expertise include capital markets, foreign direct investment, sanctions, tax policy, and trade policy. 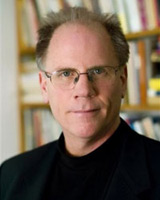 Robert W. McChesney is the Gutgsell Endowed Professor in the Department of Communication at the University of Illinois at Urbana-Champaign. In 2002, he was the co-founder of Free Press, a national media reform organization and served as its president until April 2008; he remains on its board of directors. He also hosted the “Media Matters” radio program every Sunday on NPR-affiliate WILL-AM from 2002 to 2012. Previously, he was on the journalism and mass communication faculty at the University of Wisconsin-Madison. Having earned a Ph.D. in communications at the University of Washington, he was inducted into the UW Department of Communication’s Alumni Hall of Fame in 2010. A prolific writer, McChesney’s work concentrates on the history and political economy of communication, emphasizing the role media play in democratic and capitalist societies. In 2011, he received the “Communication Research as an Agent of Change” Lifetime Achievement Award from the International Communication Association. 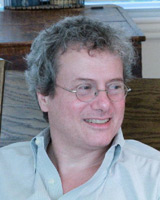 Timothy Noah is the labor policy editor for Politico. Previously he was a contributing writer at MSNBC.com and a senior editor at The New Republic, where he wrote the “TRB From Washington” column, and for 12 years before that, was a senior writer at Slate. Prior to that, he was a Washington-based reporter for The Wall Street Journal, an assistant managing editor for U.S. News & World Report, a congressional correspondent for Newsweek, and an editor of Washington Monthly (where he remains a contributing editor). Noah has written for a variety of other national publications and has contributed frequent broadcast commentaries to CBS Sunday Morning and NPR’s Day To Day. He received the 2011 Hillman Prize for a 10-part Slate series on income inequality in the U.S. that he subsequently expanded into his 2012 book, The Great Divergence: America’s Growing Inequality Crisis and What We Can Do About It. 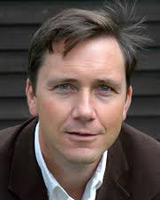 Richard Reeves is a senior fellow in Economic Studies and policy director for the Center on Children and Families at Brookings Institution in Washington, D.C. Before moving there in 2013, he worked as director of strategy to the UK’s Deputy Prime Minister and was a director of Demos, the London-based political think tank. Previous career roles include Director of Futures at the Work Foundation, principal Policy Advisor to the Minister for Welfare Reform, Research Fellow at the Institute for Public Policy Research, and a researcher at the Institute of Psychiatry at the University of London. Reeves wrote John Stuart Mill: Victorian Firebrand, an intellectual biography of the British philosopher and politician, as well articles, radio programs, and publications on politics and policy. His research on intergenerational mobility and opportunity includes work on character, downward mobility, and parenting programs. Other research interests include coalition building, development of progressive political thought, the economics and politics of wellbeing, the future of the workplace, and organizational leadership.

Gordon Dee Smith is principal and chief executive officer of Strategic Insight Group, a private intelligence agency he founded in 1995. He has conducted thousands of intelligence and deep research projects for corporate, industrial, professional, and U.S. government clients in areas ranging from investment intelligence to geopolitical forecasting, corporate market and competitor analysis, customer and brand intelligence, corporate fraud investigations, litigation intelligence, ethnography, and counterterrorism. He also has conducted research and intelligence projects for the Defense Advanced Research Projects Agency of the U.S. Defense Intelligence Agency and the Transportation Research Board of the National Research Council (National Academy of Sciences). He also is President of the Board of the Dallas Committee on Foreign Relations, a life member of the Council on Foreign Relations in New York, a member of the Houston Committee on Foreign Relations, and a member of the Advisory Council of the Lozano Long Institute for Latin American Studies of the University of Texas at Austin.

The Jno. E. Owens Foundation was established by Mrs. Owens in memory of her husband, a prominent Texas banker. During his lifetime, Mr. Owens was intensely interested in international relations and it was his wish to establish a foundation that would memorialize his lifelong interest in international relations. The broad objective of the Jno. E. Owens Lectureship Series is to enlarge public understanding of international economic forces in the philosophical context of free trade. The lectures are held at Austin College and Southern Methodist University in alternating years.