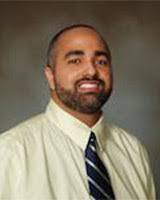 Following graduation in 2004, I attended graduate school in the fall, while also working a full time retail job. My first IT job was not until 2008, as an Application Developer with Infinity Insurance. While there, I learned SQL and interacted with some Visual Basic code. My primary responsibilities were loading insurance product pricing data onto Oracle Databases. Occasionally, I would have to clean up a VB form so that we were in compliance with various states’ Department of Insurance. In my next position as a Junior Developer with Wirevibe, a small IT consulting firm, I continued to use my SQL skills, but also learned web development (PHP/JavaScript/jQuery/MySQL) over a seven month stint in 2012. Currently, I work at KBM Group in Richardson. My day to day tasks are resolving errors in customer counts or orders, coding and testing changes on our new count and ordering system, KOSMOS, and/or working on assigned tasks from my team leader/manager.

The common thread through each of my experiences is to never stop learning. If you are going to make it as a coder, developer, programmer, etc., you have to be willing to learn new languages, code libraries (jQuery didn’t exist when I finished in 2004!), and coding techniques while maintaining your language base. Also, with my first two jobs, there were things I did not know (SQL, jQuery and PHP specifically), but I did not allow that to deter me from applying for jobs. During my interviews, I was honest about not knowing those technologies, but expressed that I would be more than willing to learn them and seek help as needed. Be humble about your skillset, but be confident about what you can do with it. One of the things I love about my current job is we have very well-documented code, if there’s one thing you do to endear yourself to your co-workers is to not only document your code and but also follow coding conventions. In one of my prior stops, I had a coworker who did not believe in using braces around single-line if statements. I will just say it made the code (PHP in this case) harder to read than it needed to be, and it caused friction between us since I was taught coding standards and followed them whereas she ignored them, as a personal preference.