As Fall Term 2020 gets underway, several Austin College educators begin work with recent promotions and newly granted faculty tenure. “Tenure and promotion are one of the means by which the academic quality and excellence of Austin College is developed and maintained,” said Dr. Beth Gill, vice president for Academic Affairs and dean of the faculty.

Promotion to professor is the appointment of a faculty member to the highest academic rank in recognition of continued distinguished performance in teaching, service to the College and the faculty member’s profession, and research and creative activities, Gill said. 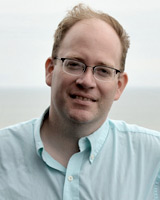 Dr. Nathan “Nate” Bigelow was promoted to professor of political science. He joined the faculty in 2006 and was granted tenure and promoted to associate professor in 2012. Since 2015, he has been Austin College’s Shelton L. Williams Professor of Comparative and International Politics. He earned his bachelor’s and master’s degrees at the University of Akron and a second master’s degree and a Ph.D. at the University of Maryland. “At Austin College, I most enjoy the opportunity to spend time getting to know a diverse and exciting set of students,” he said. “Together, we explore topics that excite us by asking and seeking answers to questions of enduring significance such as: What motivates politicians? How do fundamental differences of opinion coexist peacefully in a democracy? In addition to our time together, I take a keen interest in the lives my students lead after they leave Austin College. … Most important to me, is that I find my students leading lives built on a foundation of engaged, purposeful, and thoughtful citizenship.” Bigelow’s research in political science is within issues related to representation in state legislature and Congress, as well as topics around campaigns and elections. He is also the coordinator for the College’s Social Entrepreneurship for Poverty Alleviation (SEPA) summer grant writing program. 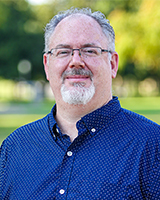 Dr. John Richardson was promoted to professor of biochemistry. He joined the faculty in 2008 and was granted tenure and promotion to associate professor in 2013. He earned his bachelor’s degree at Teas Tech University, his Ph.D. at Penn State College of Medicine, and a postdoctoral fellowship at UT Southwestern Medical Center, supported by a grant from the Cystic Fibrosis Foundation. In spring 2020, he was installed in The Bill Richardson Chair for the STEM Teaching And Research (STAR) Leadership Program, which he served as director. “I chose to set up my research program at Austin College because of the College’s focus on undergraduate education,” he said. “Getting students involved in authentic research at an early stage is critical to cultivating the next generation of critically thinking scientists and physicians who will lead us through this new millennium.” His primary teaching responsibilities are the topics of introductory chemistry, biochemistry, and biochemical metabolism. He has taught JanTerm courses on “The Chemistry of Cooking,” among other topics.

Most faculty members begin their careers as assistant professors and after six to seven years, are considered for tenure. “The beginning of an academic career is an exciting time that brings with it the challenges of charting a path to success based on rigorous evaluation,” Gill said. “A faculty member achieves tenure through demonstrated peer-reviewed distinction in three evaluative areas: teaching, service to the College and the faculty member’s profession, and research/scholarship/creative activities. Gill said that granting tenure represents a long-term commitment by the College to the individual and represents a positive evaluation of a faculty member’s total contribution to the College and potential for the future. As of Fall Term 2020, the following appointments were official:

Dr. Ryan Felix was granted tenure and promoted to associate professor of chemistry. He has been a member of the faculty since 2015. B.A., Oberlin College. Ph.D., University of North Carolina at Chapel Hill. “At Austin College I combine my love of teaching and working with students with my passion for research, Felix said. “I was deeply impacted by the personal attention and mentoring I received from my professors as an undergraduate student so I relish the opportunity to develop those types of personal relationships with students.” He teaches general chemistry, organic chemistry, and advanced organic chemistry, among other courses. He regularly includes students in research work in his lab.

Dr. Matt Findley was granted tenure and promoted to associate professor of psychology. A member of the faculty since 2015, he earned his bachelor’s degree at Utah State University, a master’s degree at Western Illinois University, and a Ph.D. at The University of Oklahoma. His primary teaching responsibility is within the Psychology Department’s statistics sections. He also teaches Research Methods, Psychology of Gender, Social Psychology, and Interpersonal Relationships, among other courses. His research focuses on interpersonal relationships and how satisfactory romantic relationships influence subjective well-being. He also researches aspects of self-control.

Dr. James Hebda was granted tenure and promoted to associate professor of biochemistry. He joined the faculty in 2014. He earned his bachelor’s degree at Bridgewater State College and a Ph.D. at Yale University. Research in the Hebda Lab centers around understanding protein-protein interactions. He and a colleague recently taught the January Term course, “Prohibition, then Craft Beer?” In addition to facts surrounding Prohibition, students learned about home-brewing methods, visited distilleries and breweries, and brewed beer themselves, which they then created marketing and branding for.

Dr. Brian Watkins was granted tenure and promoted to associate professor of anthropology. He joined the faculty in 2015 after earning a bachelor’s degree at Austin College and his master’s degree and Ph.D. at Michigan State University. “I teach at Austin College with vivid memory of a place that changed everything for me. I graduated in 2004 having expanded my career goals in step with my exploding vision of the world: I wanted to be an anthropologist, a way of thinking and doing which I had never really encountered before college. In 2011, I leapt at the chance to return, and I find it extraordinarily gratifying to introduce students to the field that helped me see the world not from a single new perspective, but hundreds.”

Dr. Martin Wells was granted tenure and promoted to associate professor of classics. He joined the faculty in 2015 after earning his bachelor’s degree at University of California, Berkeley, and his Ph.D. at the University of Minnesota. “Teaching at Austin College gives me the opportunity to share the joy and excitement of excavation and research with my students and colleagues,” said the classical archeologist. “Whether it’s teaching Ancient Greek, mythology, or archaeology, I love the satisfaction and personal accomplishment I see in my students when they make connections between the ancient world and their own lives.” He has participated in archaeological digs since his undergraduate days and has taken several Austin College students on summer digs in Greece, Israel, and Turkey.

Dr. David Whelan was granted tenure and promoted to associate professor of physics. He earned a bachelor’s degree at Ithaca College and a master’s degree and Ph.D. at the University of Virginia before joining the Austin College faculty in 2014. He is an astronomer, which he said means he tries to understand the nature of space using physics. He enjoys the opportunity to work in Austin College’s Adams Observatory. “I am passionate about sharing my interest in the universe with my students, using the Adams Observatory especially. My passion dates back to an introductory astronomy course that I took as an undergraduate (I was a music major at the time). Since then, I have enjoyed a variety of rich experiences exploring the Universe. Two of his JanTerm courses have be “The Space-ious Southwest,” which involved touring throughout New Mexico and Arizona and “Astronomy: Ancient and Modern,” which involved study on campus and at McDonald Observatory.

Teresa Hall, who has taught as an adjunct instructor in exercise and sport studies since 1999, will now take a broader role and serve full-time as instructor of exercise and sport studies. She has worked to educate individuals toward improved health and quality of life through physical activity, proper nutrition, and mindful living for more than 30 years. Hall earned her master’s degree in exercise physiology from the University of North Texas and has completed several hours toward her Ph.D. at Texas Woman’s University. As a continuing education provider for the American Council on Exercise and Aerobics and Fitness Association, she has conducted workshops at conventions nationally and internationally.