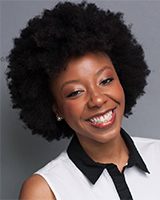 Writer, producer, lyricist, and educator Ayvaunn Penn (known in her Austin College days as Marion Fields ’12) wrote For Bo: A Play Inspired by the Murder of Botham Jean by Officer Amber Guyger, and  is the founder of The #ForBoInitiative. The play is a fictionalized narrative inspired by the true-life murder of Dallas’ Botham Jean by now ex-police officer Amber Guyger. The production illustrates the tragedy of the Jones family when Bo is murdered in his own home. Penn is an instructor in theater at TCU; see her faculty biography.

Her play received national honor as a 2020 finalist for the prestigious Eugene O’Neill National Playwrights Conference. This premier staged reading and community discussion of For Bo was highlighted at Texas Christian University, earning the 2020 Higher Education Excellence in Diversity (HEED) Award presented by INSIGHT Into Diversity Magazine.

A series of readings and community discussions of For Bo have been performed at TCU and other arts and college institutions in Texas and beyond, using art to keep the memory of Botham Jean alive while addressing issues of racial bias, injustice, and police brutality against African Americans.  Through free verse, poetry, rhythm, and percussion, the readings explore Bo’s death and societal reactions to the resulting trauma.

Chloe Bachofen ’22, Sonia Charales ’22,  and Nadia Hannon ’21 responded to a call for artists to create illustrations for Penn’s play. 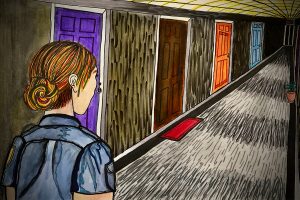 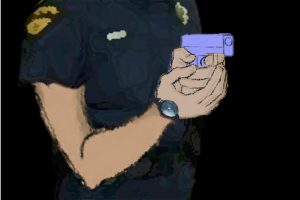 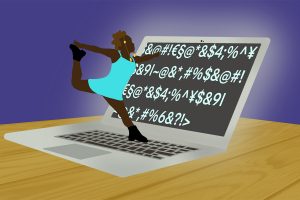