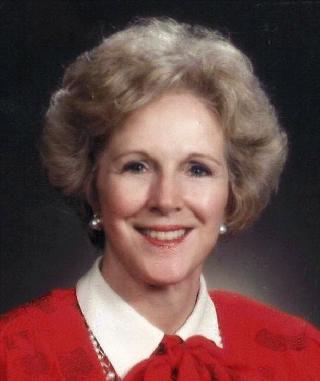 The Austin College community is saddened to learn of the death of senior trustee Betty Robbins Davis Hurst of Longview, Texas, on June 13, 2020.

Betty was elected to the College’s Board of Trustees in 1986 and served on the College Development Committee until she was named a senior trustee in 1994. She particularly supported student scholarships through her generosity to the College.

Betty Robbins Hurst, our precious mother, grandmother, sister, and aunt passed away peacefully June 13 in Longview, Texas. Betty graduated Longview High School and was salutatorian of the Kilgore College Class of 1952. She graduated from The University of Texas in 1954 with a Bachelor of Arts degree in English and a master’s degree in history from Stephen F Austin University  in 1978.

Betty was a loving, caring, giving influence for her family, friends, and organizations. She could find the positive in everything and was a bear for getting things done. She was the kind of friend that went the extra mile for you. She was very sought after to sit on boards as she said little but made the one sentence that changed direction for success. Betty loved to travel the world. A 50th birthday gift was an around the world trip. Betty and a few friends traveled ten years in a row to Simone Beck’s and Julia Child’s cooking school in the South of France. She became good friends with Julia Child. With her good friends Claire Foster and Pat Houston she brought celebrity world attention to their famed Stockpot, a fine dining and celebrity cooking school in Longview.

She was involved in the oil and gas corporation Robbins Petroleum, The Travel Station, real estate development, and investments. She served on the Governor’s Commission for Women under Governor William P Clements Jr. She was a member of the Austin College Board of Trustees; President of the Board of Trustees of Good Shepherd Foundation, Good Shepherd Medical Center, Longview; past chair of the Board of Governors of the Longview Summit Club; past president of the Junior Service League (now Junior League) of Longview; member of Chi Omega sorority alumnae; and past member of the Captain William Young Chapter of the Daughters of the American Revolution, Junior Literary Club, and the Green Thumb Garden Club. She served many times on the Vestry of Trinity Episcopal Church where she was senior warden twice. She served as Vestry liaison for Trinity Church and the Trinity School of Texas where she was a past chair of the Board of Trustees.

The family would like to thank the staff at Hawkins Creek for the loving care they gave Betty. In lieu of flowers gifts may be made to Trinity School of Texas, 215 N Teague St., Longview, Texas 75601. A public memorial service will be held at a future date to be determined. Cemetery Details Memory Park 2823 E. Marshall Ave. Longview, TX, 7560.