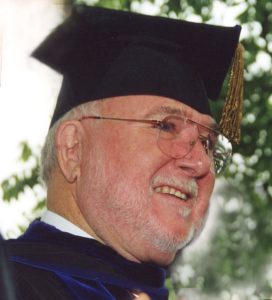 The Austin College community is saddened to learn of the passing of Dr. Thomas Nuckols, 87, on February 21, 2021. He joined the faculty in 1965 and retired as professor emeritus of religion in 1998.

During those 33 years, he taught a variety of religious studies courses, as well as his own academic specialty of Christian social ethics. His sabbatical studies included liberation theology; the role of the church in influencing public policy, particularly related to the arms race and Central America; and the phenomenology of religion with special focus on Buddhism. He also had research interests in biomedical ethics. He spent many years as chair of the Religion and Philosophy Department.

Dr. Nuckols was known to ask his students the hard questions of social ethics, and once said he gained his reward as his students saw the significance in that kind of thinking. “The more students become involved and the more their perspective is widened, the more they think in terms of not just ‘I’ but ‘we,’” he said. 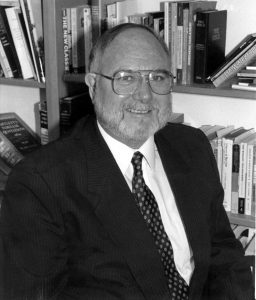 As word of his death began to spread through Facebook’s Austin College alumni community, Dr. Nuckols was remembered fondly. Phrases like “most influential,” “such an impact,” “stretched my thinking,” and “pushed me” were recorded and repeated again and again. The sentiment was clear. He was well and fondly remembered.

Dr. Nuckols also was known for engaging conversations, which as one of his friends wrote yesterday, could sometimes turn into mini lectures. He had a wide range of knowledge and was always willing to exchange ideas. From his academic specialties to his love of irises, to his own beginnings in a traveling Wild West show (amazing!), to his life as a U.S. Navy aviator flying into hurricanes, Dr. Nuckols had much to talk about.

Dr. Nuckols led class groups on study in Central America, and his own research in development studies, peace and justice issues, and religion and culture took him to Central and South America, the Caribbean, Africa, Japan, the Philippines, and Europe. For another January Term course, Dr. Nuckols and students spent 10 days in Washington, D.C., for study of “Faith and Politics,” exploring how churches influence public policy.

His love of travel continued in retirement. As recent as 2008, he drove through Mexico to Belize to witness the human migration from farm to city. That year, he also traveled to Peru, Ecuador, and the Galapagos Islands, saying he had much to see to complete his bucket list. 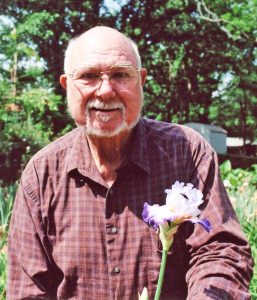 Dr. Nuckols wrote extensively on his studies and made many presentations on his work. He was honored with leadership roles in many national professional organizations during his career, including service as chair of the Medical Ethic Group of the American Academy of Religion; president of the Southwest Region of the American Academy of Religion; and president of the Southwest Commission on Religious Studies.

He was selected as a Woodrow Wilson Fellow, among other honors, and his academic achievements were frequently recognized, including Phi Beta Kappa installation. He earned a bachelor’s degree in political science from Tulane University, a degree from Southern Baptist Seminary, and a Ph.D. in religion from Duke University.

Nuckols was very active in the Sherman community, having served with Goals for Sherman and the Consortium for Community Educational Development, as well as the boards of area nonprofit organizations. He also was active at Grand Avenue Presbyterian Church.

In announcing Dr. Nuckols’ death, his son wrote of his father’s early job as a minister, from which he was fired for helping to organize a sit-in at a segregated lunch counter in Louisville, Kentucky. He also wrote of his dad much later stepping in to help a police officer who was having difficulty subduing a man the officer was trying to arrest. “He rendered a thousand other good deeds. So long, dad. Rest in peace.”

The family’s obituary will be posted here as available. A graveside service is tentatively planned in Burleson, Texas, in recognition of the risks of Covid virus exposure.