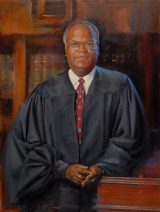 Austin College hosts the 2021 Dr. Kenneth Street Law Symposium on Thursday, February 25, from 11 a.m. to 2:30 p.m. Lawyers, students, and others interested in the law profession are welcome to attend the virtual discussion of timely issues in law and ethics.

Austin College students will be invited to virtual sessions in Hoxie Thompson Auditorium of Sherman Hall. Alumni and other professionals in the field of law are invited to join the virtual event and may register as the link becomes available. Questions? Contact Frank Rohmer, professor of political science.

Registration is available on the event Law Symposium web page. 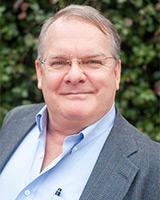 An 11 a.m. Panel on Immigration Law begins the agenda, led by the Nacogdoches, Texas, father-daughter Fischer & Fischer law team. Richard Fischer has spent much of his career over the past 36 years working on immigration and nationality laws and litigation. His daughter Amelia Fischer has just returned to Nacogdoches to join him after spending time in Austin, where she began her career as an Equal Justice Works fellow, and later staff attorney, at the Texas Civil Rights Project. She also headed TCRP’s DACA Project, for which she ran free legal clinics in rural Texas areas. The panel will be moderated by attorney Buck Files ’60. Files is a shareholder and founding member of Bain, Files, Jarrett, Harrison in Tyler, Texas.  He is a criminal defense lawyer who represents individuals and corporations accused in the Texas and Federal courts of criminal conduct. 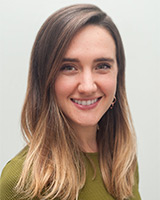 The Keynote Presentation at 12:10 p.m. is provided by the Honorable Curtis Collier, Chief Judge of the U. S. District for the Eastern District of Tennessee. Judge Collier’s address will be “The Federal Judiciary: Paths to the Bench and the Role of the Courts in Our Democracy.”

Collier served as a United States District Judge for the Eastern District of Tennessee. He was the first African American to serve as a federal judge in the Eastern District of Tennessee and the second African American federal judge to serve in the state. In October 2005, Judge Collier became Chief Judge of the District Court and completed his seven-year term in 2012. 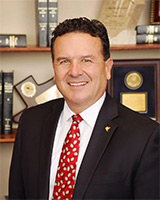 The event honors the late Austin College Professor Emeritus Kenneth W. Street. A professor of political science at Austin College from 1959 to 1997, Dr. Street held the John D. Moseley Chair of Government and Public Policy and founded and directed the Social Science Laboratory. An award-winning teacher, he also served many years as the advisor for students considering careers in law and launched many professionals in the field. 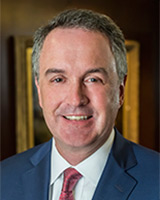 The law symposium is organized by the Alumni “L” Law Association and Austin College Pre-Law Society, under the direction of Dr. Frank Rohmer, associate professor of political science and the John D. Moseley Chair of Government and Public Policy.

Austin College, a private national liberal arts college located north of Dallas in Sherman, Texas, has earned a reputation for excellence in academic preparation, international study, pre-professional foundations, leadership development, committed faculty, and hands-on, adventurous learning opportunities. One of 40 schools profiled in Loren Pope’s influential book Colleges That Change Lives, Austin College boasts a welcoming community that embraces diversity and individuality, with more than 50 percent of students identifying as persons of color. The residential student body of approximately 1,300 students and more than 100 expert faculty members allow a 12:1 student-faculty ratio and personalized attention. Related by covenant to the Presbyterian Church (USA), Austin College cultivates an inclusive atmosphere that supports students’ faith journeys regardless of religious tradition. The College, founded in 1849, is the oldest institution of higher education in Texas operating under original name and charter.