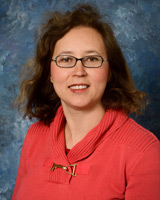 The research project involves the synthesis and characterization of nanoscale thin films to be used as bio-sensors.

An optical bio-sensor is a device that produces a signal when the sensor is placed in contact with a specific substance.  We will be using thin films of a thickness consisting of only a few hundred atomic layers. Thin films at nanoscale are granular, and their granularity can be controlled thought an annealing mechanism, in which films are heated up while in a controlled environment. We are expecting different grain diameters to produce absorbance of light at particular wavelength, and we plan to engineer our films to be very sensitive to particular wavelengths. When the films are placed in liquids of various indices of refraction, the wavelength of maximum absorbance changes with the index of refraction, hence the film acts as a sensor.

The students will gain experience in film deposition and characterization by using research-grade instrumentation and advanced engineering techniques.