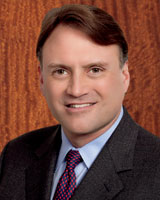 The annual Williams Executive-in-Residence Lecture at Austin College will feature Greg Rohan, president and an owner of Heritage Auctions, speaking on Thursday, October 4, in Mabee Hall of Wright Campus Center. The event begins at 11 a.m. with a luncheon and panel presentation by Austin College business alumni discussing their own career paths. Rohan’s presentation, “What Do I Do Now? How I Use Critical Thinking to Navigate the Business World” will begin at 11:30 a.m. There is no charge to students or faculty for the event, including lunch, but reservations must be made through Wanda Hardy, by phone, 903.813.2271.

Heritage Auctions is a privately owned company, with headquarters in Dallas, Texas and offices in New York, Beverly Hills, San Francisco, and Houston as well as locations in Germany, Switzerland, Holland, and France. Heritage is the largest collectibles auctioneer and third largest auction house in the world and the largest online auctioneer. The company mission is to be “the world’s most trusted and efficient marketplace and information resource for owners of fine art, collectibles, and other objects of enduring value.”

Greg Rohan started collecting coins at age 8 and by 1971, at the age of 10, was buying and selling coins from a dealer’s table at trade shows in his hometown of Seattle. His business grew rapidly, and in 1987, he joined Heritage Galleries as executive vice president.

Today, as a partner and president of Heritage, Rohan’s responsibilities include overseeing the firm’s private client group and working with top collectors in every field in which Heritage is active. He has been involved with many of the rarest items and most important collections handled by the firm, including the purchase and/or sale of the Ed Trompeter Collection (the world’s largest numismatic purchase according to the Guinness Book of World Records).

During his career, Rohan has handled more than $1 billion of rare coins, collectibles, and art. He has provided expert testimony for the United States Attorneys in San Francisco, Dallas, and Philadelphia, and for the Federal Trade Commission (FTC). He has worked with collectors, consignors, and their advisors regarding many significant collections, including books, manuscripts, comics, currency, jewelry, vintage movie posters, sports and entertainment memorabilia, decorative arts, and fine art.

Rohan is a past chairman for the North Texas chapter of the Young Presidents’ Organization (YPO), and is an active supporter of the arts. Greg co-authored The Collectors Estate Handbook, winner of the Professional Numismatists Guild’s Robert Friedberg Award for numismatic book of the year. He previously served two terms on the seven-person advisory board to the Federal Reserve Bank of Dallas.

The Williams Executive-in-Residence Series was established in 2007 by Austin College alumnus Todd Williams, Class of 1982.