Austin College 2020 graduates Bridget Tolle of Oklahoma City and Paola Matus of Sherman have been accepted to the Japan Exchange and Teaching (JET) Program for the 2020-2021 academic year.

They will serve as Assistant Language Teachers, teaching English to Japanese high school, middle school, or elementary school students. The competitive teaching exchange program is managed by the government of Japan. Though COVID-19 may delay the program’s start, the women now are scheduled to travel to Tokyo, Japan, in September for a few days of training before moving to their teaching locations.

“The JET Program is a tremendous opportunity for our graduates to personally experience the world,” said Scott Langton, Austin College associate professor of Japanese and campus advisor for JET. “They live and work in Japan with Japanese students, in communities ranging from large cities like Tokyo or Osaka to small rural communities with populations numbering in the hundreds. They also interact with other JET Program participants who come from 57 countries around the globe—so the scope of their experience is truly international.”

Sydney Jackson ’19 also received a JET award for the upcoming year. Langton said that Austin College has had good success in placing students in JET, with eight recent participants now in careers ranging from law to government service to business.

The “exchange” part of the position includes planning and participating in extracurricular activities with the students and educational coworkers. “JET participants also immerse themselves in their communities in myriad ways—they join local choirs and drum troupes, community theatre, team athletics; help with planting and harvest; volunteer; take part in nature conservation; and participate in festivals,” Langton said. “In all these activities, JET participants informally serve as ‘ambassadors’ for their home country, home state, hometown, and their home school. So the ’Roos that head to Japan this September on the JET Program will do more than teach English. They will represent Austin College and share with their host communities and institutions, as well as their fellow JETs from around the world, the values and talents they have cultivated right here in Sherman.” 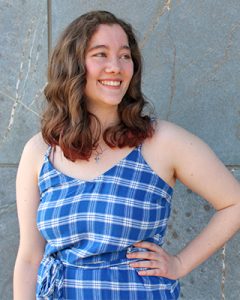 Bridget Tolle said she hopes to work with students in rural Japanese communities and share her experiences as a Southern American woman who grew up in rural communities. She said the JET experience combines her passions for the English language—especially grammar and stories—as well as Japanese language and culture, and her desire to help in a rural area. She completed majors in East Asian Studies and English with an emphasis in Creative Writing. She spent a year in Jordan Family Language House. “Classes of Japan’s history and culture, at Austin College and abroad, have provided me with an excellent background for this teaching position.”

“After years of cultivating my interest in Japan, I was finally able to study abroad in Tokyo in spring 2019, attending Sophia University,” Bridget said. She had previously traveled to the Tohoku area of Honshu, visiting various Rotary clubs in villages and cities. “Studying abroad made me more independent and culturally aware,” she said, adding that she “learned about her own culture by living in another.” After the Rotary visit, she knew she wanted to return and to learn more about Japan in college. She also wanted to be able to communicate in Japanese. At this point, she is considering remaining in Japan after this experience to further improve her Japanese or finding ways to use Japanese when she returns to the U.S. “All the while I plan to work on my goal of being an author,” Bridget said. 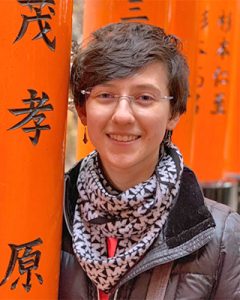 Paola Matus is excited to teach English, but also looks forward to expanding her knowledge of Japanese language as well as the personal development that comes from international immersion. She began to learn Japanese language during high school and took a trip to Osaka and Kyoto before she began college. She gained more knowledge during a January Term course in 2019 that included time in both Kyoto, Japan, and Beijing, China—and she anticipates another opportunity to for learning. She feels her East Asian Studies minor at Austin College has prepared her for the upcoming JET experience, and she looks forward to learning more. “My end goal has always been to attain fluency in Japanese,” Paola said.

A music major, Paola anticipates sharing her musical interests with her students through lessons, performing with local musicians, and assisting with after-school music activities. She hopes to pursue a career in music, particularly in composition or production. “My prime aspiration would be video game and film composition, but I would also like to try music production; honestly, whichever is most attainable,” she said. She said that there are many successful Japanese composers so that learning Japanese language and culture will be beneficial if she is able to create any connections with them.

Paola particularly looks forward to the cultural exchange portion of the program, recognizing that teaching English involves nuances and colloquialisms of American English language. She also hopes to share the “cultural norms, ideologies, and dialects that reflect the various races and subcultures in the metaphorical melting pot of America,” Paola said. Meanwhile, she plans to make Japanese language a part of her life for many years.

“Both times I have been to Japan I have made connections with people and communities, growing deeper the longer I stayed,” Bridget said. “Each time I leave, there is a longing inside me to return, and I always know that I will find a way to go back.”