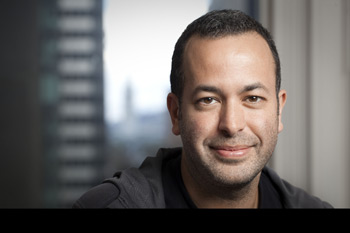 Dr. Nathan Wolfe, the Indiana Jones of virus hunting will speak in Sherman and Dallas

Austin College has announced that Dr. Nathan Wolfe is the 2014 recipient of the College’s Posey Leadership Award in recognition of his service toward global health. The pioneering epidemiologist works in the jungles of Africa and Southeast Asia, examining the transmission of deadly viruses such as HIV or SARS to help prevent such viral threats from emerging as the next pandemic.

Wolfe will speak at Austin College at 11 a.m. on Thursday, March 20, in Wynne Chapel. The event is free and open to the public. He will meet with various student groups and faculty throughout the day to discuss his experiences and his vision.

Nathan Wolfe has been dubbed the “Indiana Jones of virus hunting.” The 43-year-old scientist was included in TIME’s “2011 Top 100” listing of the world’s most influential people and was named a National Geographic Emerging Explorer in 2011. Previously, Rolling Stone named him one of the “100 Agents of Change” (2009) and Popular Science recognized him as one of their “Brilliant 10” (2006). He has been honored with a Fulbright award and the National Institute of Health Director’s Pioneer Award.

Wolfe is the founder and CEO of Global Viral, a not-for-profit organization that promotes understanding, exploration, and stewardship of the microbial world. The group supports and links over 100 scientists and staff from countries around the world to address the most important global infectious disease threats.

His book, The Viral Storm: The Dawn of a New Pandemic, details his work to neutralize the threats of viruses and use them for the good of humanity.

The Lorry I. Lokey Visiting Professor at Stanford University, Wolfe has published articles or chapters in more than 80 scientific publications and his work has been covered in Nature, Science, The New York Times, The Economist, The New Yorker, and Forbes, among others.

Dr. Wolfe earned his doctorate in immunology and infectious diseases at Harvard University in 1998.

The Austin College Posey Leadership Award was created in March 2005 through the generosity of Sally and the late Lee Posey, founder of Palm Harbor Homes. The award honors outstanding individuals who, through their work, have demonstrated the principles of servant leadership. Previous recipients include Wendy Kopp, founder of Teach For America; Dr. Paul Farmer , Harvard professor, medical anthropologist, physician, and medical activist; Geoffrey Canada, president and CEO of the Harlem Children’s Zone; Muhammad Yunus, Nobel Peace Prize Laureate and founder of Grameen Bank;  Mrs. Marian Wright Edelman, founder of the Children’s Defense Fund; and Salman Khan (2013), who through Khan Academy seeks to provide basic learning skills for all people around the globe.