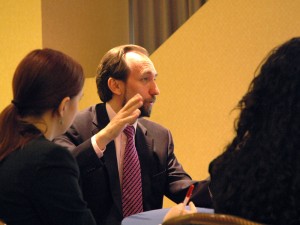 Students talk with Jordanian Ambassador at the embassy

This week all the attention is on their finals, but just a few weeks ago a group of Austin College students had their full attention on human rights issues, the environment, intellectual property, and nuclear weapons—from the viewpoints of citizens half a world away in Jordan and Mauritania.

The students were participants in the National Model United Nations conference in New York City, joining some 5,000 college students from around the world in a simulation of the actual working of the UN.

The Austin College delegations came home with Distinguished Delegation honors for Jordan and Mauritania, as well as an Outstanding Position Paper for the Jordanian delegation. Additionally, Jennifer Perrone and Aston Gelat were recognized for their individual committee work representing Jordan on the Organization for Security and Cooperation in Europe. 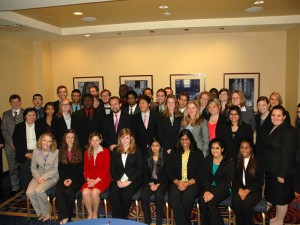 Austin College group with the ambassador

Delegates must learn all positions of the country they represent, and then represent those positions during caucus and committee sessions, examining real issues of the UN. Alicia Houser and Brandon Stevenson-Matthews were the Austin College head delegates, who are not assigned to committee, but assist all their delegates in preparation of materials and rules of order for the conference.

Austin College has a long history of outstanding participation in Model UN competitions, making a first appearance in 1963. Beginning in 1983, the college annually attended Model UN competitions and has won top honors every year since 1984. In 1990, Austin College students added a fall Model UN conference to their experiences. Students attend the National Model United Nations conference each spring in New York City and have attended sessions in Atlanta, Chicago, Washington, D.C., Hawaii, China, and the Czech Republic.

Participants not only learn a great deal about politics and international relations, but also communication and negotiation, organization, public speaking, and research skills.

The Austin College students participating in the April conference in New York City are listed below by hometown, along with the country they represented; the committees on which they serviced, their parents’ names, and the local high school from which they graduated. 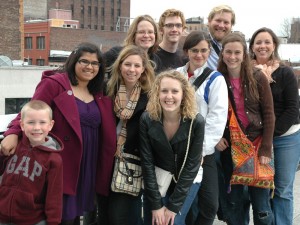 Members of the Model UN group 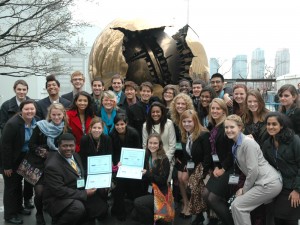