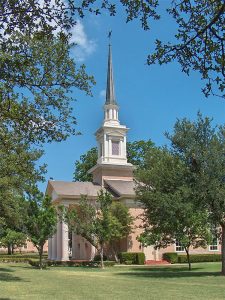 The Wynne Chapel tower is the majestic focal point of the Austin College campus. Completed in 1958 as a gift from Toddie Lee Wynne, Sr., the chapel has served as a reminder and sustainer of the religious heritage of Austin College. Mr. Wynne, long-time chairman of the Board of Trustees, was a well-known Texas oilman and civic leader from Dallas, Texas. An active Presbyterian layman, he had a strong commitment to the support of church causes and programs throughout the nation.

The building is 13,208 square feet and seats 600 people in the main sanctuary plus an additional 120 in the balcony. It serves as the hub of campus religious life. There are choir rooms, offices, a conference room and a small prayer room in the building. A major addition to the chapel came in 1967, when the Carillon, with 24 bronze bells imported from the Netherlands, was constructed in the bell tower. Dr. Richard Tappa played a special concert on the bells for their dedication on October 20, 1967. The Aeolian-Skinner organ was also a gift of the Wynne family and was installed in 1963. Today, the building houses the offices of the campus chaplain. 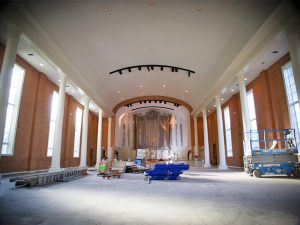 Renovation of Wynne Chapel began in summer 2019 and included an interior redesign, updated projection and lighting systems, and facilities renovation. This new sanctuary is a modern, functional worship center for the entire campus community, honoring the visionary leadership of graduate and trustee Clifford Grum in the life of Austin College.

The Sallie Majors Chapel
Additional renovations include updates to what has long been known on campus as “the small chapel,” a multi-use room located at the southwest corner of the building. That area has been renovated and is now named in honor of Sallie Majors, following a gift from Bob ’53 and Joyce Johnson of McLean, Virginia, in honor of his aunt.

Prior to COVID’s arrival, a dedication–with much fanfare–was scheduled for the newly named areas on April 27, 2020. Dr. Ted Wardlaw, President of Austin Presbyterian Theological Seminary, was scheduled to preach. The Austin College A Cappella Choir and Student Chamber Orchestra were to perform Vivaldi’s Gloria. President Steven P. O’Day, Chaplain John Williams ’84, and alumni Sarah Demarest Allen ’03, Rebecca Pense Currie ’02, Jamie Hannan ’09, Keatan King ’09, Emily Richardson Owen ’05, Robert Quiring ’03, and Laura Westerlage ’08 were to lead the service. Instead, the donors of the renovation project were treated to a one-on-one Zoom tour. The A Cappella Choir and Orchestra still performed Gloria. It was streamed and recorded instead and remains available. Hear it here:  Celebrating Austin College Talents & Gifts | A Live Performance of Vivaldi’s “Gloria, RV 589” – YouTube 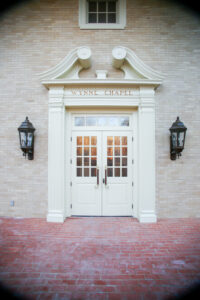 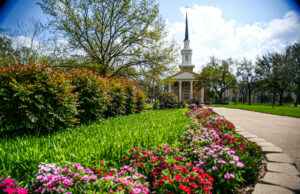 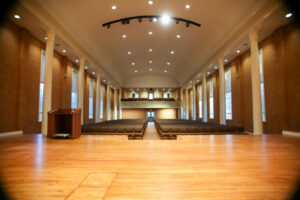 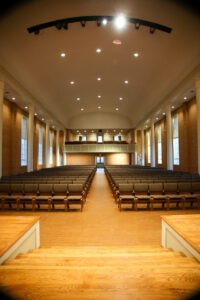 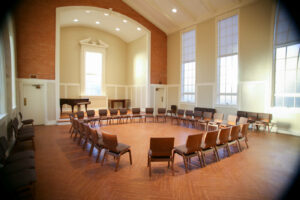