Every year at Homecoming, Austin College recognizes alumni who have distinguished themselves in their profession and in their community. Alumni may nominate friends and classmates for the honor. View list of past recipients.

Honorees have distinguished themselves in their profession and in their communities, exemplifying leadership and ethical standards in their interactions. They model the accomplishments, spirit of service and broadened perspective fostered by the Austin College educational experience. Distinguished Alumni provide support and advocacy for the College and its mission. See the 2019 photos! 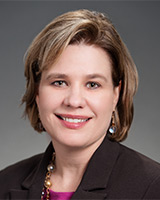 Amanda Hammel is Senior Vice President and Chief Information Officer of Memorial Hermann Health System, headquartered in Houston, Texas. Amanda worked for Cerner Corporation before her move to Memorial Hermann Health in 2007. She is a nationally recognized leader for population health technology, and has enabled Memorial Hermann to become a national leader of Accountable Care Organizations for the Center for Medicare and Medicaid Services. Amanda is a member of the steering committee for the nonprofit organization IGNITE, which engages executive-level women to build relationships and generate innovative ideas and solutions to impact the future of healthcare. She and her husband, Brad, enjoy outdoor adventures such as hiking, skiing, and white water rafting. They are active members of Christ Evangelical Presbyterian Church in Houston, where Amanda serves in the women’s ministry and choir. 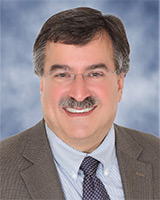 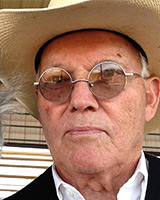 Don Newsom enjoyed a long career as an educator, coach, athletic director, and administrator before retiring as Superintendent of Celina ISD. He taught and coached football, baseball, and track in Texas school districts including Honey Grove, Abilene, Whitesboro, Frisco, Conroe, and Celina, and coached at Austin College and McMurry College. Don received many NAIA coaching awards, and Austin College has recognized him with induction to the Athletic Hall of Honor and the 2015 Joe Spencer Award for Lifetime Achievement and Meritorious Service in Coaching. He was named Citizen of the Year in Celina, where he is former president of the Chamber of Commerce. Don and his wife, Carol (Campbell) ’62, live in McKinney, Texas, and attend Chamberville United Methodist Church. Don is an enthusiastic ambassador for the ’Roos and has introduced many students to his alma mater. His sons Tim ’89 and Tommy ’91 are Austin College alumni, and one of his five grandchildren is a member of the Class of 2021. 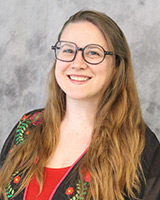 Awarded to a graduate of the last ten years, for distinguished accomplishments and contributions that brings honor to the award recipient and Austin College.

Madison Messinger graduated from Austin College with majors in International Relations and Chinese Studies. She studied in China with support from a Gilman Scholarship, was awarded a GO Fellowship to Taiwan, was regularly on the Dean’s List, and was an alternate for the prestigious Boren Scholarship. Madison entered nonprofit work with Literacy AmeriCorps in South Florida before taking her first position at North Texas Food Bank in Dallas, Texas. Today, she is the Child Program Team Lead, overseeing programs that serve approximately 13,000 children. She works directly with clients, designs innovative program models, engages local hunger coalitions, and speaks on behalf of the food bank to community and corporate groups. She has earned recognition for her work at NTFB, including Excellence in Summer Meals Sponsor recognition for three consecutive years, awarded by the Texas Hunger Initiative, the Food Research and Action Center, and United Way of Metropolitan Dallas. She also received the Cause for Applause Award in 2016 and 2018 from the North Texas Food Bank for demonstrating the core values of the organization. 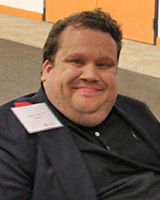 Blake Utter graduated from Austin College in 2007 with a degree in Business Administration. He has worked at Bob Utter Ford and is now the owner and General Manager of Blake Utter Ford in Denison, Texas. Blake and The Utter Ford family support area schools with the Drive 4 Ur School Fundraising Events. Blake is well-known by many as the voice of the ’Roos. A long-time fan of Austin College sports, he can be heard many Saturdays each fall giving football play-by-play commentary in Apple Stadium. Also find him calling the games in Hughey Gym when ’Roo basketball teams are in action. An active member of the local community, Blake serves on the boards of directors of Boys and Girls Club of Denison and The Rehabilitation Center in Sherman. 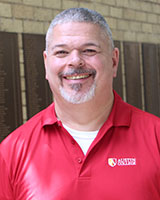 The Service-to-Alumni Award was created by the Alumni Board in 2009 to honor a faculty or staff person who has demonstrated extraordinary commitment to the support and education of Austin College alumni around the world. The award is named to honor Cindy Curtis Bean, Austin College Class of 1975, who worked many years in the College’s Alumni Office.

Michael Deen, Dean of Students, maintains connections with students as they graduate and transition to alumni. His commitment to them while they are on campus helps him to better serve them after they have moved on to the next step of life as alumni. Michael has a bachelor’s degree in Criminal Justice from Tarleton State University and a master’s degree in Educational Administration from Texas A&M University. He began work at Austin College in 2005 and has served as Associate Director of Student Life, Director of Student Life, and now, Dean of Students. He has further served the College on the ’Roos REACT Grant Implementation Team and the President’s Inclusion and Diversity Task Force. His service extends beyond Austin College to the Southern Association of Colleges and Schools Commission on Colleges Off-Site Reaffirmation Committee, Mosaic Worship at First United Methodist Church in Sherman, Building Bearcats Bond Committee, and the Keep Sherman Beautiful Commission.