Don't wait to know if you're "in." Here's how to receive your admission decision by November 15: Decision Ready 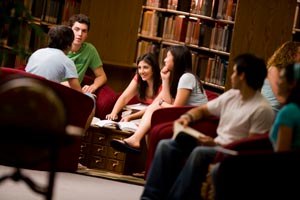 See the Regular Decision Section below for notification details. 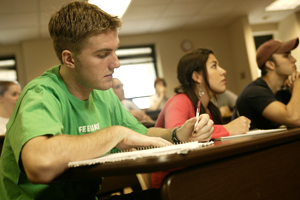 Freshman applicants who submit an application any time after February 1 will be reviewed under the Regular Decision plan and are subject to space availability in the class. March 1 is the recommended deadline for this decision. Notification of your admission status to Austin College is typically made by April 1 or within two to four weeks upon completion of the admission file.

Transfer applicants are considered throughout the year. January 15 is the recommended deadline for spring admission and August 1 for fall admission. Notification of your transfer admission status to Austin College is typically made within two to six weeks of completion of the admission file.

Early Admission: Austin College accepts applications from qualified students who seek Early Admission. Normally, these students will be classified as second-semester juniors in high school at the time of their review for possible admission to Austin College. The college welcomes such applications with the understanding that successful candidates display a high degree of social maturity and present strong academic credentials. An admission interview and a letter of recommendation from a parent or guardian are required in addition to standard admission materials and requirements. Students desiring Early Admission should take the SAT or ACT before applying for admission.

Financial aid is available to Early Admission students if they are determined eligible after completion and analysis of the Free Application for Federal Student Aid (FAFSA). However, it is mandatory by law that the students pass an independently administered standardized exam approved by the Department of Education. Both the ACT and SAT exams are approved for this purpose if administered on one of the national test dates by a testing authority other than Austin College.

Freshmen students who are admitted under the Early Action or Regular Decision Plans may accept the offer of admission and confirm plans to enroll at Austin College by completing and signing a Matriculation Agreement and Commitment to Academic Integrity form.  The form may be returned along with a $350.00 matriculation deposit at any time after acceptance but no later than May 1, the National Candidate Reply Date. The deposit is refundable until May 1.

Transfer students who are admitted also must return a Matriculation Agreement and Commitment to Academic Integrity form and pay the required $350.00 matriculation deposit. Payment is due no later than two weeks before the start of the term.