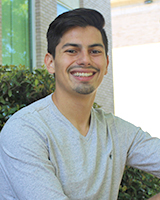 Recent flooding disasters such as Hurricanes Harvey and Irma have put a spotlight on the issue of underinsurance in the United States. The purpose of this paper is to bring out possible explanations for low flood insurance participation rates nationwide, despite significant government efforts. The National Flood Insurance Program subsidizes flooding insurance for vulnerable homeowners, yet participation is stagnated at 12%. This study first looks at relevant literature and outlines possible explanatory variables uncovered by past researchers, as well as unanswered questions and controversy. The remainder of this paper performs an empirical study on the cause of low flood insurance participation in eight US coastal states. Using data obtained from FEMA and the US Census Bureau, we find that variables such as disaster history, government funding, gender, age, etc. give us a clearer explanation for low participation. Additionally, this paper offers policy recommendations on how participation rates might be increased nationwide.