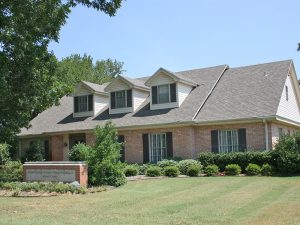 The center now provides centralized meeting and social space for alumni during College events, as well as meeting space for campus groups and temporary accommodations for campus speakers and guests.

The facility is named for the late Margaret (Binkley) and William Collins. Margaret was a devoted 1936 Distinguished Alumna, and Bill served as a longtime member of the College’s Board of Trustees. Their support of Austin College for more than 60 years was recognized through the naming of the center. Memorials in the center also recognize Noel and Virginia Donnelly Fagg, R.B. and Martha Lawrence Aston, and John Sillman Moore. Former campus organizations Beta Chi Omega fraternity and Theta Phi Delta sorority also are memorialized by gifts.

Bill and Margaret were honored with the Board of Trustees’ Toddie Lee Wynne Award in 1996 in recognition of their significant contributions to the advancement of Austin College. Charter members of the College’s Emily Austin society, their contributions made possible the Austin College Honors Court and Margaret Binkley Collins Fountain, Zauk Circle Drive and its centerpiece sculpture Quest, the Margaret Binkley Collins Walk, and Collins Alumni Center, as well as two endowed scholarships. A Distinguished Alumna, Margaret served several terms on the Alumni Board and led the group as president. She was a founder and the founding president of Alpha Delta Chi sorority and maintained an active relationship with the chapter until her death in 2002. Bill died in 2008.