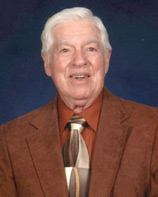 The Austin College community mourns the death on August 19, 2019, of Dr. Daniel Mortimer Schores, associate professor emeritus of sociology, and extends sympathies to his family.

Memorial services will be held at First United Methodist Church of Sherman on August 27, 2019.

Read the family obituary and share your memories and condolences.

Dr. Schores taught sociology and anthropology at Austin College from 1969 until his retirement in 1994. He described himself as a generalist with a wide range of interests that he felt fit well with the liberal arts experience. His courses included topics of marriage and family, cultural anthropology, minority relations, criminology, populations, and urban community. He taught special topics courses, including those on folk narratives and riddles of the southern mountain people, as well as the sociology of food and Native American cultures.

He was a longtime sponsor of the College’s chapter of Pi Gamma Mu, the international honor society of the Social Sciences, covering economics, history, sociology, political science, and international studies. He was honored by the international society in 1981 for his service to the organization. He also helped organize the campus chapter of Alpha Phi Omega and saw it move from an all-male to a co-ed organization, reporting Austin College to be one of the first co-ed chapters.

During Dr. Schores’ tenure, Austin College had a Continuing Education Program, and he served as director for many years. Approximately 1,500 community residents attended the 70 -80 courses offered each year. He was also active in the community, with Sherman Planning and Zoning Commission and the American Red Cross. He said it all tied into the field of sociology.

He also was director of the College’s Elderhostel program, which brought senior citizens to campus from around the country. He continued to work with the program long after his retirement.

A minister, Dr. Schores preached regularly throughout his teaching tenure and much of his retirement. He and his wife, Marie, stayed busy with many community interests and visited the Austin College campus often.

Dr. Schores earned a bachelor’s degree at Duke University and master’s and doctoral degrees at the University of Missouri at Columbia.