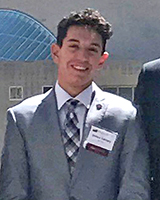 Philip Coldwell: A Pioneer in the Quest for Responsible Monetary and Fiscal Policy Making

This paper is a study in monetary economic history. Using a Historical-Comparative methodology and its associated mandate for primary sources, this research mines the public and private papers of Philip Coldwell, former Dallas Federal Reserve Bank President (1968-1974); a subsequent member of the Board of Governors and Federal Open Market Committee (1974·1980). Concentrating on the 1970s and Coldwell’s assessments, this research uncovers economic challenges never before faced by the Federal Reserve and Coldwell’s particular policy directives. It is argued that the 1970s had uniqueness and particularity, with regards to domestic and international economic dynamics, all of which challenged the effectiveness of Federal Reserve policy-making. By extending and improving upon prior research, this paper uncovers many heretofore unaddressed, or minimally addressed, problematic concerns found and discussed by Coldwell. A brief sample would include: debate over the practicality of monetarism; fiscal policy interfering with monetary policy; excessive international petro dollar reserves and its detriment to successful FED policy-making; deficit financing of the Vietnam War; battles with Congress over the confidentiality of FED deliberations; and going off the gold standard and the impact of a flexible exchange rate regime. The results of this research discovers the reasons and intensity by which Coldwell argues against the monetarists. This study also uncovers Coldwell’s robust challenges against: deficit financing; monetizing the OPEC oil embargo; newly formed bank regulations; misunderstanding of the role of bank holding companies; and interest rate ceilings. Coldwell further argued that fuller attention is needed towards the political unrest in the Middle East, and the plight of less-developed countries as they try to finance price increasing oil imports. Coldwell’s foresight affected policy-making in the 198o’s and beyond, leading to implications for future research in monetary policy making.