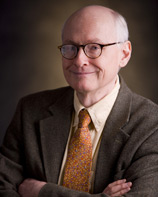 What is history? Henry Ford said it’s more or less bunk. Voltaire said it’s a pack of tricks we play on the dead. I say it’s an investigation. Historians know things about the past because we’ve dug up evidence and we’ve had debates about what the evidence means. You can do that, too, and you really should. You can only know something about the past if you understand how you know it. That means learning how to investigate for yourself.

I’ve been teaching at Austin College for more than twenty years. I like to teach by discussion in a small classroom, and I like to bring in the broadest possible range of evidence, including literature, philosophy, religion, art, music, and science from past times. I mostly teach European history from the Middle Ages to the French Revolution. I’ve also taught courses on US intellectual history, environmental history, the history of medicine, and the history of suicide. Historians – and history students – get to investigate anything that’s ever happened anywhere. History is everything.

I do research on the history of ideas in eighteenth-century Europe. We call this the Age of Enlightenment or the Age of Reason, but it was also an age of sentiment, an age of material progress, and an age of revolution. A lot of my research has focused on the history of the life sciences in this period, including the work of the experimental naturalist and philosopher Charles Bonnet. More recently, I’ve been studying the great philosopher and historian David Hume, and especially his essays, such as “Of Suicide,” “Of the Populousness of Ancient Nations,” and “Of National Characters.” What I like about Bonnet and Hume is that they were both broad-ranging thinkers who wanted to know what the methods of science could teach us about human nature and human society. They lived in a time when biology, economics, and psychology (as we now call them) were deeply interconnected, and often studied by the same people. That was still true in Darwin’s time, and I’d like to do some work on Darwin, as well, before too long.

I’m also involved with several interdisciplinary groups. The one that’s dearest to my heart is the Western Intellectual Tradition program. WIT offers a minor on major works – great books, great art, great music – from the period before 1800. We’re talking Plato, Augustine, Dante, Michelangelo, Galileo, Shakespeare, and Mozart. It doesn’t get any better than that. Check it out.