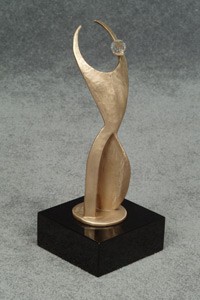 Nominations are now open for Austin College’s 2019 Athena Award and Athena Young Professional Award. The College’s Center for Community and Regional Development and its Texoma Women Get Connected program will recognize two exemplary leaders with the prestigious ATHENA Leadership Award® and the ATHENA Young Professional Leadership Award at a luncheon at Austin College on Friday, May 2, 2019.

Nominations will be accepted for the 2019 awards until March 15, through completion of the online nomination form ATHENA Leadership Awards® Nomination Form.

Nominees may represent either the for-profit or not-for-profit sector and must work and reside in Fannin, Cooke, or Grayson counties. Past award recipients are not eligible to receive the award, though previous nominees may be nominated again.

The ATHENA Leadership Award® is presented to individuals who have attained and embody the highest level of professional excellence in their business or profession, devote time and energy to improve the quality of life for others in the community, and actively assist women in realizing their full leadership potential.

ATHENA Young Professional Leadership nominees are emerging women leaders under age 40 who demonstrate excellence, creativity, and initiative in their business or profession; provide valuable service to improve the quality of life for others in their community; and clearly serve as role models for young women both personally and professionally.

The ATHENA Leadership Award Program is administered by ATHENA International, a non-profit women’s leadership organization, along with licensed host organizations and sponsors. Over 6,000 awards have been presented in the U.S. and around the world since the program’s inception in 1982. Recent recipients include Condoleezza Rice, Billie Jean King, Pat Summit, and Gabby Giffords.

Austin College was founded in 1849 and is the oldest institution of higher education in Texas operating under original name and charter. During the 2018-2019 academic year, the campus is observing 100 years of co-education and has hosted several events commemorating the history of women and accomplishments of current alumnae. The Athena Awards Luncheon will highlight the 2019 award honorees as well as some of the pioneering women associated with Austin College history.