New York Times | July 5, 2012
Phillip Cohen, ’13, is photographed in an article about hostels for computer entrepreneurs.

REPRINTED WITH PERMISSION OF THE DALLAS MORNING NEWS.

Herald Democrat – Sherman | July 15 2012
Participants in the Big Brothers Big Sisters program of Grayson County have discovered the impact of volunteering their time. “It’s the best part of the week,” Chanel Rafie, ’12, said of the time she spends with her “little sister,” Lexi.

Herald Democrat – Sherman | July 15 2012
Austin College now has a real-time stock market ticker, and it was created by one of the college’s own, Chris Struble, ’12.

Herald Democrat – Sherman | July 21, 2012
With record attendance, this is the 10th anniversary of the collaboration formed between the Sherman Independent School District and Austin College to teach free two-week Think Camp designed for and talented students and their siblings.

Herald Democrat – Sherman | July 24, 2012
Forbes ranking Sherman at #98 points to both Austin College and Grayson College as assets for the Sherman area.

KTEN News – Texoma | June 20, 2012
One family says they have found a way to help people thousands of miles away learn to read.  Austin College student Whitney Russell ’15 is quoted in this article about sending books to Africa.

KTEN News – Texoma | July 16, 2012
Despite the job market that continues to look bleak for so many graduates, one local Austin College grad, Chris Struble, ’12, has overcome the odds in a unique way.

KXII News – Texoma | June 27, 2012
Workers placed a tree on top of the Austin College IDEA Center. This Topping Out milestone celebrates the end of creating the external frame for the building.

Pegusas News DFW | June 22, 2012
Jim Schermbeck ‘80, of increasing renown for his efforts as head of the organization Downwinders at Risk, has fought many battles in his time as a community organizer and advocate. 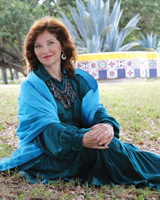