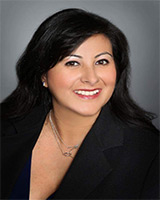 My experience in the Spanish language program was a great influence in my life.  I use Spanish every day as an immigration lawyer.  I am able to communicate with very educated businessmen in Spanish to those not so educated and can distinguish between the different nuances from different countries because of my exposure to Spanish from the language house.  I was also able to read complicated  Mexican legal statutes while on a fellowship in Monterrey, Mexico because of my education at Austin college.  Additionally, my experience and stories influenced my nephews who both attended Austin College and went through the language program.