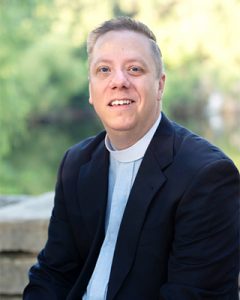 After graduating from AC in 1998, I moved to Washington, DC, and worked in the Federal Government for 13 years on Capitol Hill, at the White House, and at the U.S. Department of Homeland Security. From 2011-14, I earned a Master of Divinity from Yale Divinity School as well as an Anglican Diploma and a Certificate in Educational Leadership and Ministry from Berkeley Divinity School at Yale. From 2014-2019, I served as the chaplain at Washington Episcopal School. In June 2019, I was ordained as a Transitional Deacon in The Episcopal Church and hope to be ordained as an Episcopal priest next year. In August 2019 I became the Middle School and Upper School chaplain at The Episcopal School of Dallas. 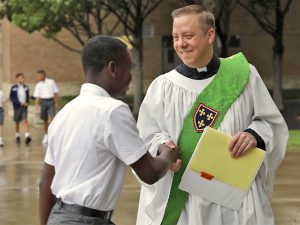 My incredible experiential learning and leadership opportunities at AC were instrumental in preparing me for service in government and in the church. From Model UN to Student Assembly to residence hall leadership, I had the ability to lead and serve others, work as part of a team, and creatively envision a brighter future. I could talk for hours about the incredible AC students, professors, and opportunities which established a solid foundation for a bright future. I cannot thank AC enough!