The 2020 Posey Leadership Award presentation has been rescheduled for Tuesday, September 1, 2020. Mark your calendars today for a campus wide convocation and award presentation with Adam Foss. 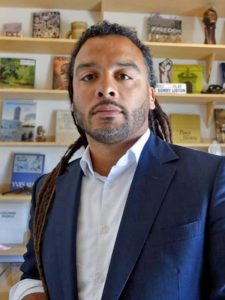 Austin College will honor Adam Foss, a dedicated advocate for reform of the U.S. criminal justice system,  as the 2020 Posey Leadership Award recipient. Foss is the founder and executive director of Prosecutor Impact, a nonprofit organization dedicated to reframing the role of the prosecutor---the most powerful agent in the justice system, according to Foss. He worked as an assistant district attorney in the Suffolk County District Attorney’s Office in Boston, Massachusetts, before founding Prosecutor Impact.

He has been honored many times for his groundbreaking work. In 2013, he was named Prosecutor of the Year by the Massachusetts Bar Association. Foss holds a J.D. from Suffolk University Law School, which named him Graduate of the Decade in 2016. That year, The Root added him to the list of "100 Most Influential Black Americans." The NAACP awarded Foss the 2017 Roy Wilkins Next Generation Leader Award; that year, he also was named a Nelson Mandela Changemaker of the Year and Fast Company named him one of the "100 Most Creative People in Business."