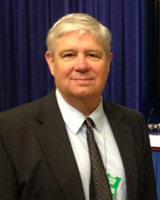 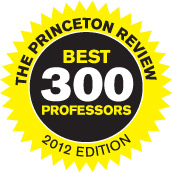 Natural hazards have fascinated and frightened us since earliest times.  From Noah’s flood to Pompeii’s volcano, natural disasters form a terrifying theme in ancient literature.  In modern times, scientists have dramatically increased their understanding of these events, while engineers have designed buildings and infrastructure that minimize the destructive effects of natural hazards.  It is only recently, however, that social scientists have begun to examine the impact these events have on society at large, as well as policies intended to lessen those effects.  Perhaps the most obvious “societal impact” is the economic costs of hazard events on individuals and institutions.  In the aggregate, these costs can be huge.  Hurricane Andrew caused 16 billion in insured losses and perhaps twice that amount in uninsured losses.  Thirteen years later, Hurricane Katrina, cost an estimated 34 billion in insured losses and over 200 billion in federal outlays not to mention the horrific number of casualties.  Economists are interested in finding ways to reduce the impacts of disasters, but also the effects these events have on labor, financial and other markets affected by community disruption.

‘‘. . . what has so often excited wonder, the great rapidity with which countries recover from a state of devastation; the disappearance, in a short time, of all traces of the mischief’s done by earthquakes, floods, hurricanes, and the ravages of war . . . all the inhabitants are ruined, and yet, in a few years after, everything is much as it was before.’’ – J.S. Mill (1848)

The Economic and Societal Impact of Tornadoes, with Dan Sutter
Published by:  AMS Books
Distributed by:  University of Chicago Press
Release Date:  Fall 2010

Economic Effectiveness of Implementing a Statewide Building Code: The Case of Florida