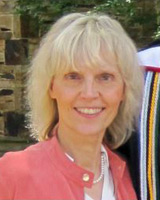 As an avid lifelong foreign language learner, I know that foreign language competency enriches intercultural experiences and deepens our knowledge about other cultures and about ourselves. During the many years I have taught foreign language and literature courses at Austin College, I have tried to foster in my classrooms an atmosphere of openness and mutual support and understanding. I encourage students to develop new language-related identities because in those identities they are often freer to discover and develop new and valuable skills without the constraints learned within their mother tongue. I am a strong believer that in spite of all technological advances, in a global and interconnected world, skills in communicating in a foreign language are essential and contribute to peace.

I approach my research in an interdisciplinary way. In the past years, I have focused on translating and editing German texts of historical significance in order to make them more accessible to the English-speaking world. My interests span from pamphlet writing and polemics in medieval and modern times, to German immigration to Texas in the 19th century and World War II letter writing. More recently, I have worked on texts from the early days of psychoanalysis.